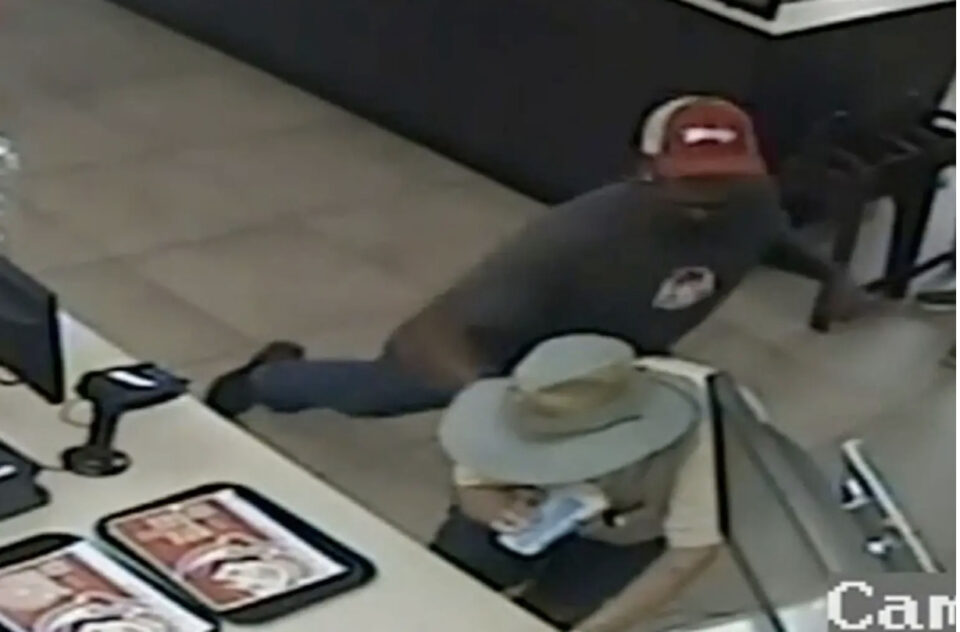 A surveillance video released Monday shows a disgruntled Wendy’s employee in Arizona delivering a hard punch to a 67-year-old customer’s head after an argument over a food order.

On July 26, Antoine Kendrick, 35, as seen in the footage retrieved by 3TV/CBS 5, carries three drinks up to the unidentified customer, who police said wasn’t happy about his order. Things escalated when Kendrick made his way around the counter and threw a punch.

“The customer fell to the floor, striking his head, and lost consciousness,” Prescott Valley police confirmed on July 28.

The video shows other customers standing around, as Kendrick grabs his belongings and leaves the fast food establishment.

According to the news outlet, the blacked-out customer was transported via airplane to a local hospital in critical condition.

Police have not yet commented on the nature of the argument between the two, but customers said Kendrick’s target did not deserve to be hit with such a blow.

“Oh, wow that was a pretty hard hit. That was a Mike Tyson hit,” one customer said. “The customer didn’t touch him, so he had no right to touch the customer, period, end of story. I just think that’s horrible and wish it didn’t happen. It puts a bad light on our entire society.”

An additional customer, a 20-year resident of the area, said, “It’s mellow up here, you don’t have that kind of stuff. It’s a shame. I feel for the guy that got hit. It’s not right.”

“An employee probably should hold back their frustration and take the higher road,” a third customer said. “Unfortunately, we just need to be cautious and just care for each other and be respectful and try to hold back our frustrations and not get this violent.”

Kendrick was arrested two days later on July 28 and charged with one count of aggravated assault.