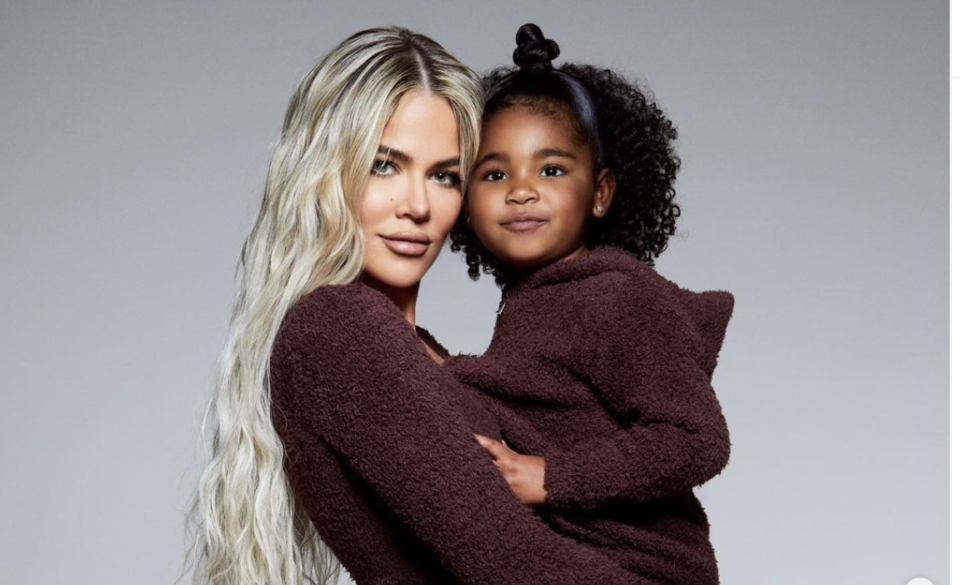 The clip regained traction on January 6, and the 37-year old Good American founder tried to perform damage control on the fallout by posting a photo of her mixed but phenotypically Black daughter on Instagram on January 9. The problematic clip revealed Khloe was having a conversation with the other wannabe – sister Kim on the old Keeping Up With The Kardashians footage.

During the conversation, the elder Kardashian was whining about an accurate critique of cultural appropriation. In what she thought was a good idea, Khloe told Kim that her response should be, “Hashtag fact, my baby is black. Hashtag I only like black c**k. That’s what I would say.”

She then double-downed on the mess, saying that people called her “ni**er lover.”

Black Twitter wasted no time gathering the Jan Brady of the Kardashians.

This is fetishization in a nutshell. She didn’t even say she likes Black MEN, just their body part. My goodness

the fact that her daughter has to grow and see her mama doing shit like this😪 pic.twitter.com/DwcoiIVdzV

And this is who y’all decided to keep up with…. pic.twitter.com/Yy1Nh8ty0m

One Twitter user wrote that Khloe’s baby daddy’s philandering ways were karmic justice for her.

Social media users speculated that Khloe posted the photo of her daughter, True, with a cat to avoid the smoke from Black Twitter for using the n-word.

But folks on the site weren’t buying it.

Again .. when ur running out of subjects and or need a distraction .. put a tweet of the child 🤦🏻‍♀️

This isn’t the first time that Khloe has exhibited problematic behavior concerning Black folks. In December, Black Twitter demanded the woman apologize to former friend Jordyn Woods after she tried to end her career.

Maybe the video will remind Khloe that just because she has a daughter with a Black man doesn’t mean she likes Black people.