VIDEO: Fat Joe Goes On Rant About Joe Rogan Using The N-Word, Social Media Reminds Him That He Doesn't Get A Pass Either 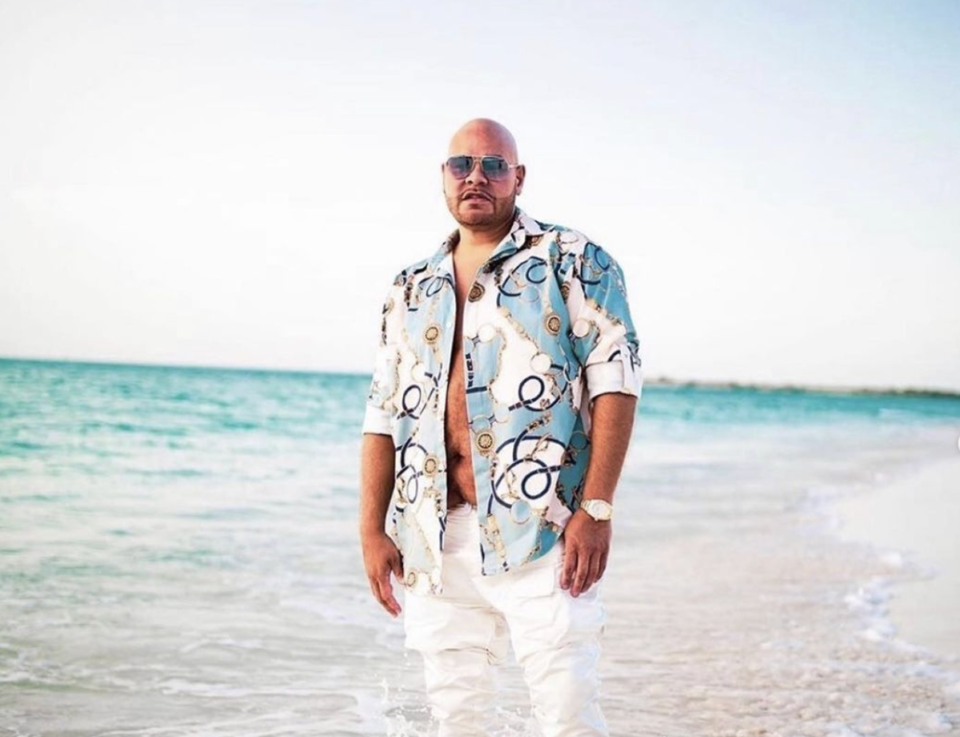 Black Twitter quickly reminded Fat Joe that he was in the same boat as Joe Rogan after he posted a video lambasting the professional podcaster for his problematic use of the n-word.

On Feb. 10, Fat Joe recorded a roughly seven-minute rant on Spotify’s support of Rogan despite numerous entertainers like India Arie leaving the streaming service over his racist rants.

After touching on freedom of speech, artists removing their music from Spotify and attempting to give a Black history lesson (yes, during Black History Month), Fat Joe, born Joseph Antonio Cartagena, told viewers, “Shoutout to everyone that’s better than me and taking their music off of Spotify, I’m not. Because all my people know Joe will do charity, Joe will open a business in the hood and give out jobs, Joe will give computers to the school, but Joe got to get to the bag. Joe ain’t crazy.”

“I’m not taking my music off Spotify but, Spotify is made up of black music whether its R&B, whether its rap, whether it’s trap, all that fall in there, he continued. “Because our music is on that platform, and they make their money from black people, do you think it should be allowed for a guy to be talking racist s**t on their platform?”

Twitter users, Black and white, quickly reminded Fat Joe to keep that same energy when he used the n-word.

Y’all better stop playing in our faces for Black History Month. Fat Joe giving history lessons around Joe Rogan using the n-word, BUT NOT refraining HIMSELF is peak Spicy Caucasity… I don’t care where he’s from. FOH. pic.twitter.com/Q3y6cxAVq3

The irony of Fat Joe a non black man who loves to say n*gga attacking Joe Rogan for doing the exact same thing. The audacity… pic.twitter.com/XEfSFvZGds

@fatjoe If nobody has called you the n-word in a disparaging way, you’re being disrespectful when YOU use it. I don’t care what environment you’ve grown up in or the people that allowed it. The world doesn’t appreciate it… Let’s start there then I can hear you.

Last September, Fat Joe caught heat for using the n-word throughout the Verzuz with Ja Rule. His performance triggered memories from 2019 when he said that as a Latino, he could use the word if he pleased.

“Let’s speak about Latinos not being black. Latinos are Black,” the “Lean Back’ rapper said.

“In Cuba, at one time, there was eight million Cubans. Five million, unfortunately, were slaves. Three million were actual Cubans, and they integrated and had babies. Same thing with Puerto Rico when you go to Loíza. And when you talk about Santeria, that came from the motherland, Africa.”

“Sometimes, Latinos may even identify themselves with African and black culture more than black people. This ain’t no crazy thing. Fat Joe ain’t on crack. He know what he talking about.”

Fat Joe spewed nonsense. Enslaved Africans in Cuba at its max were between 800,000 – 1.3 million. In Puerto Rico, the numbers were fewer. And although these facts are relevant to his uninformed argument, the real issue is Fat Joe isn’t Black in either country.

The Bronx-born rapper should keep in mind that while he points a finger at   Rogan, there are three others pointing back at him.