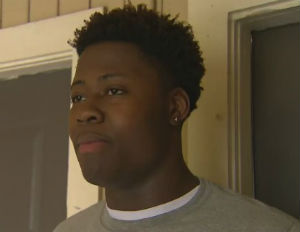 After the video of members of the Sigma Alpha Epsilon fraternity at the University of Oklahoma surfaced throughout the web and social media this week, football recruit Jean Delance withdrew his commitment to the school.

Delance is ranked 272 of the ESPN Junior 300 and committed to the Oklahoma Sooners in November. But after the video of frat members chanting derogatory remarks about African-Americans, the Delance family changed their minds.

ESPN reports that Delance’s mother told CBS 11 “I’ve had family history in racial issues, inequality. Jean knows these things are serious to us.”

The students in the offensive video were expelled and Oklahoma University president David Boren said in a statement “it is wrong to use words to hurt, threaten, and exclude other people.”