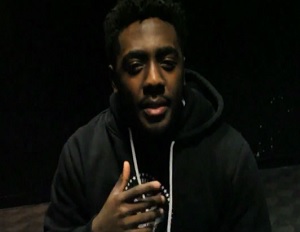 As protesters continue to rally across the nation in reaction to the deaths of Michael Brown, Eric Garner and several others, millennials are proving that now, more than ever, is the time to make an impact.

With die-ins, walk outs and marches taking place at several universities and colleges across our nation, one 19-year-old Princeton student has turned this monumental moment of solidarity into a moving video titled “Dear America.”

After joining his classmates and other campus leaders for a walkout on Dec. 4, Alex Ford decided to document the protests taking place at Princeton University in a video where he vocalized his opinions about race, justice, police brutality and the concept of equality in the U.S.

“My name is Alex Ford. I’m a young black man who is a sophomore in college at…wait never mind, you don’t care about that,” says the Princeton student as he reads out loud an open letter he wrote to America. “You stopped listening to me after I said ‘young black man, but why?'”

Showing snippets of Martin Luther King, Jr’s “I Have a Dream Speech” in between images of Eric Garner, Michael Brown and Trayvon Martin, Ford expresses how despite his citizenship, he and other black Americans often feel like outsiders in a country that they’re supposed to call home.

“Even though I am black, I am still an American citizen. Although it doesn’t feel like that a lot of the time,” Ford says.

It was after witnessing and partaking in campus protests, that the 19-year-old felt moved to put together a video that showed the solidarity of people from all races coming together to bring awareness to the issues of race and inequality in America today.

“I saw people of every color in this protest and it made me think straight to America because America is full of a very diverse body of people,” Ford tells BlackEnterprise.com. “I decided to write a letter to America after seeing this small representation of what I thought the nation looked like. It pretty much was a letter to America, not to attack it, but more so to raise consciousness.”

Admitting to have been stopped by police and racially profiled himself on several occasions, the Princeton sophomore is aware that the issues we face today are not problems that can be solved overnight and urges all young people to recognize the power of their voice.

“As young people, we are tomorrow in this nation and this issue will not be solved overnight.” said Ford. “It’s a generational thing and we have to be on board so that for each generation we can work towards the goal of equality for all people.”

Ford, whose video has already received over 2,000 views in just five days, says that he hopes “Dear America” shows viewers the importance of everyone working together despite cultural differences to change America in a positive way.

“I see this as a group project. One student can’t be doing all the work and the other is just sitting there. Both have to be equally working together to get this final masterpiece. I think that’s a metaphor to what we have to do in this nation,” says the young student leader. “Everyone has to get on board in order for that to happen and the first step is raising consciousness around this issue.”