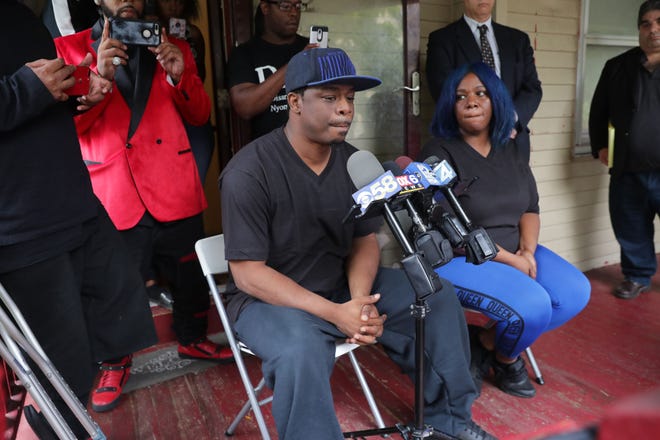 A Milwaukee man wants justice after being gunned down by police who were chasing after another man.

On September 8, 2019, 43-year-old Tari Davis was shot by a Milwaukee police officer who was trying to pursue someone else.

Police say they were attempting to catch a suspect who fled a traffic stop. When the suspect ran in Davis’ home, police shot Davis instead.

“I got to my back door, and it swings towards me, I looked down to see who the person was then I looked up there’s the flash, gunfire, I’m feeling the pain, I’m hurting, it’s excruciating pain going on at that moment,” Davis said.

Recently, Davis published a 50-second body camera video of the shooting on a website that he created. The clip shows the moment the fleeing suspect runs to Davis as he was standing by his backdoor.

The video also shows the officer firing a shot that hit Davis in the stomach. Neither Davis or the suspect had weapons.

Two years later, Davis is still waiting for justice. The officer, Nikolas Zens, who had one and a half years of experience at the time, was not charged by the Milwaukee County District Attorney’s Office. But was later fired.

Davis says two years later, police still have possession of his cellphone and they have refused to release all of the body camera footage.

In November 2019, Davis filed a federal civil rights lawsuit against the city of Milwaukee seeking compensation for damages caused by police.

Milwaukee Police Department released a statement regarding the case: