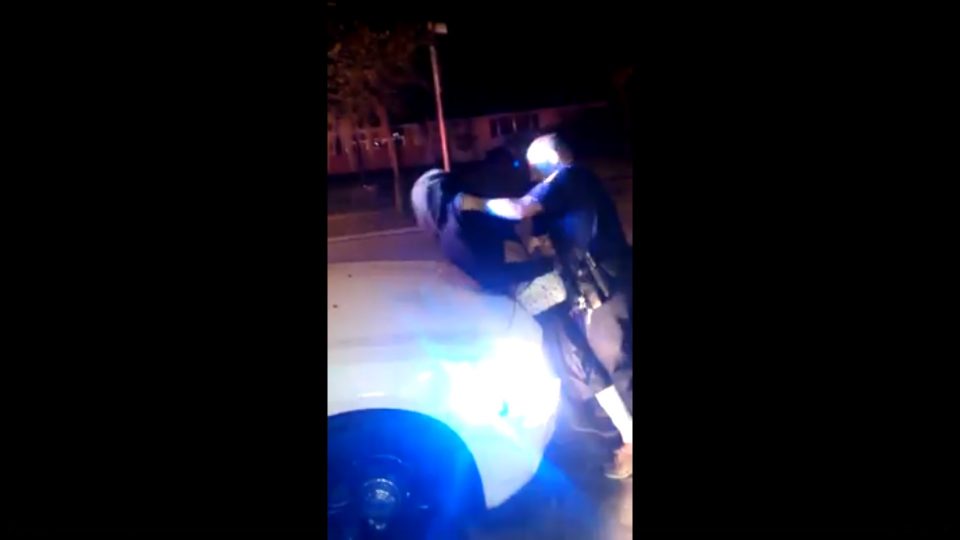 Back in 2016, a Florida police officer was praised when a video went viral showing him playing basketball with a group of Black teenage boys. Based on that filmed interaction, he was deemed the “Basketball Cop.” But, according to BET, that same police officer was caught on video slamming a 15-year-old’s head against his patrol car in 2014.

Now, Gainesville police officer Bobby White is being questioned over his handling of the Black suspect seen in the 2014 video. He was seen physically engaged with the Black teen after stopping him for riding his bike through a stop sign.

Real estate agent Chanae Jackson posted a video of the assault after she received the video clip from a friend.

“The culture of police departments creates an environment where there are no real consequences for these officers,” Jackson wrote in her post showing the clip of “Basketball Cop” using the violent measures against the teenager.

“The video below is of an Illegal traffic stop conducted by none other than “Basketball Cop” Bobby White a few years back. He slammed a 15 year old teenager(yes, a minor) on the hood of a cop car after the minor and person recording kept asking why they had been stopped. Which is their right… This happened in Gainesville.

“Folks wanna say that not all cops are bad. We know that but we also know that the culture of Police departments creates an environment where there are no real consequences for these officers. In this case, GPD helped this Officer rebrand his image and pretend to be a savior to the very group (young Black males) that he terrorizes and antagonizes…”
WARNING: Video Contains Graphic Language

The Gainesville Police Department posted a written statement about the incident back in June on their Facebook page.