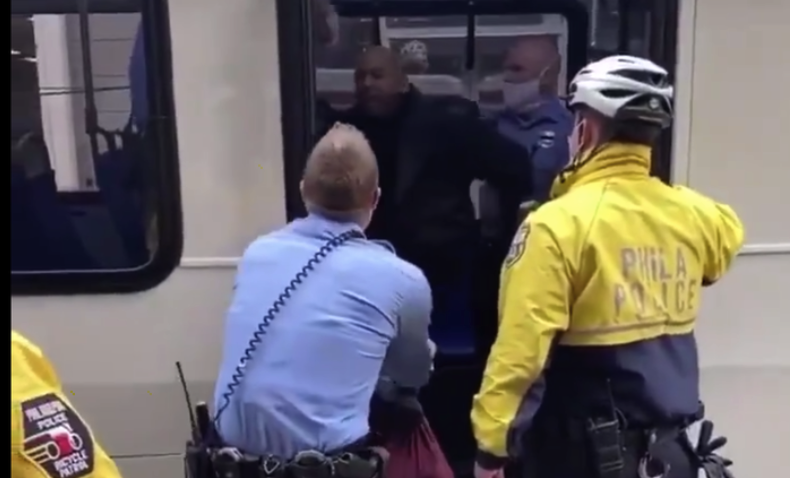 According to NewsOne,The incident occurred on a Southeastern Pennsylvania Transportation Authority (SEPTA) bus and glorifies the issues African Americans have experienced during with the coronavirus outbreak. The video shows two cops trying to pick up an African American passenger, to carry him off the bus..

The police officers then violently slammed the man against the bus. The whole time the victim can be heard yelling “Get the fu** off me!”

When the officers finally let go of the man, one of officers throws his phone on the ground, which he picks up and holds to his ear to call someone. “I want all y’all fu**ing badge numbers too,” he screamed to the officers.

The incident began that morning with 911 calls about a disturbance on a SEPTA bus at 1100 Market Street. A SEPTA bus driver requested that the man “leave the bus several times and the passenger repeatedly refused,” said a police spokesperson.

The man wasn’t arrested nor given a ticket and the incident is now under investigation.

Since medical experts announced everyone in public should wear a facemask, African Americans have spoken up about their concerns. African Americans are less likely to telecommute and more likely to work in low wage positions. The combination forces more African Americans to venture outside to work and take public transportation as well as interact with strangers.

In those instances, Africans Americans are forced to choose between being vulnerable to the virus and being perceived as a threat simply for wearing a mask. Making matters worse, African Americans are dying at a higher rate of the coronavirus due health and poverty issues that have been apparent for more than 100 years.

Business Insider reported in Chicago, more than half of all COVID-19 positive test results and 72% of recorded virus-related deaths have been among African Americans, who make up just 32% of the city’s population and 15% for the state of Illinois.