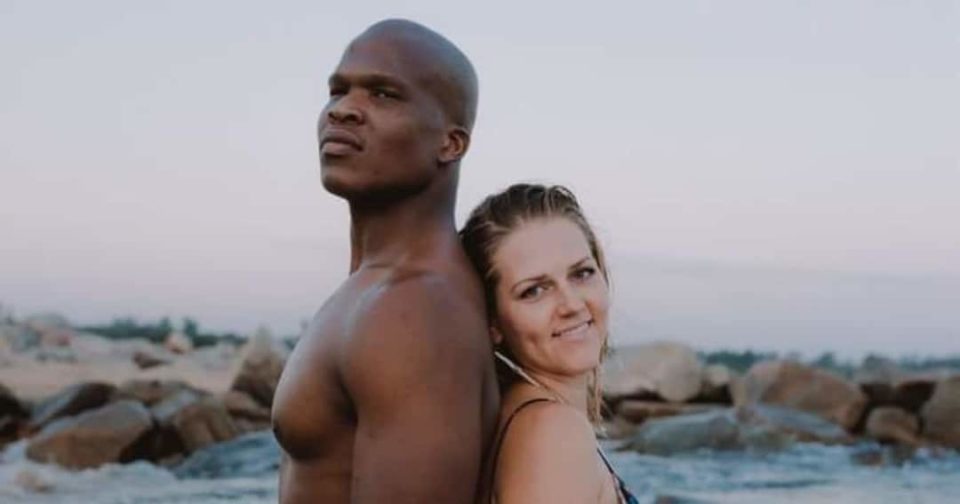 In April, a 29-year-old Black man was killed by Honolulu police after ringing the bell of someone’s else home.

A doorbell camera obtained by Lindani Myeni’s surviving wife shows a different story than what the Honolulu Police Department chronicled in the report on file, according to KHON-TV.

On April 14, Myeni and Asian couple, Da Ju “Dexter ” Wang and Shiying “Sabine ” Wang, pulled up to a residence at 91 Coelho Way in Nuuanu.

Myeni apparently frightened the Wangs because he entered the house – Mynei believed he entered ISKCON Hawaii temple on 51 Coelho Way, which explains why he removed his shoes and was wearing a Zulu headband out of respect.

Seeing how this was at nighttime, this incident was more likely an accident. Sabine made a fake 911 and when Myeni left the property, she made a real 911 call.

Myeni was confused as to what was going on, and apologized to the couple who called police.

When the Honolulu Police Department showed up, police officers did not identify themselves, causing an already confused Myeni, a South African rugby player, to defend himself.

The fight led to Myeni’s death who died from multiple gunshot wounds and an officer was treated for concussion.

The police, who knew Myeni was unarmed from the 911 description, only identified themselves as the authorities after he was shot.

Lindani Myeni’s family’s attorney, James J. Bickerton, is now seeking accountability through a wrongful death lawsuit. Bickerton said the police had access to the camera footage and audio from the 911 call an hour before the shooting.

Prosecuting Attorney Steven S. Alm and Honolulu police declined comment, however, the prosecutor’s office and police are investigating the matter.

Originally, the police were called and Myeni was falsely accused of burglarizing the Wang’s rented space, but he did not take anything.

The investigations are scheduled to be concluded by July 15.

Myeni is survived by his wife.