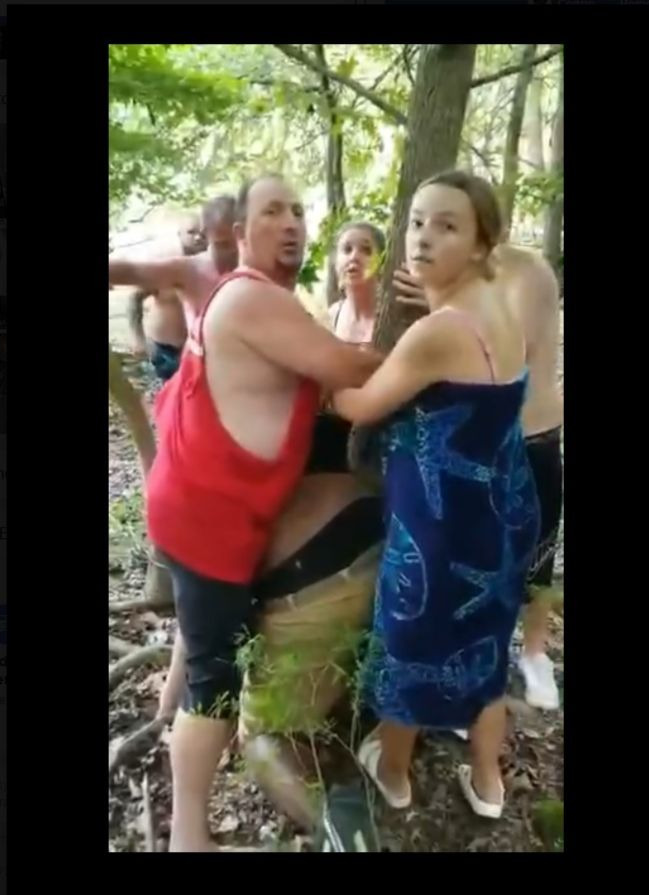 A Black man in Indiana is stating that a group of white men assaulted him and that he “was almost the victim of an attempted lynching” in an incident that was caught on video and posted online, according to CBS News. The Black man, Vauhxx Rush Booker, posted the video of the incident on his Facebook page.

“I don’t want to recount this, but I was almost the victim of an attempted lynching. I don’t want this to have happened to me or anyone. It hurts my soul, and my pride, but there are multiple witnesses and it can’t be hidden or avoided.

“On July 4th evening others and me were victims of what I would describe as a hate crime. I was attacked by five white men (with confederate flags) who literally threatened to lynch me in front of numerous witnesses.”

The City of Bloomington, IN – Office of the Mayor posted a statement on its Facebook page regarding the incident.

“On behalf of the City of Bloomington, we would like to express outrage and grief relating to two apparent racially motivated incidents reported in our community over the July 4 weekend. A group of individuals physically assaulted and denounced and threatened with racial epithets one Black resident of Bloomington on nearby Indiana state park land at Lake Monroe. And a sheriff’s deputy from a neighboring county questioned and detained another Black Bloomington resident walking down the Bloomington street where they live in an apparent example of racial profiling.

“These separate incidents exemplify the persistence of racism and bias in our country and our own community. They deserve nothing less than our collective condemnation. They require that we come together as a whole, and recognize that racism damages all of us, not just our residents of color. We deserve better, and we must make it happen. Videos of the events remind us of the importance of witnesses and witnessing.

“Each of us must do our part to assure justice for those harmed in this weekend’s incidents, and do everything we can to forge inclusion and equity in Bloomington, and beyond.”

State Sen. Mark Stoops, a Bloomington Democrat, said he was “horrified by the racist attack” and has called on Republican Gov. Eric Holcomb to take action by suspending and investigating the Department of Natural Resources officers who responded to the scene and didn’t make any arrests.

“This is not just an issue of violence,” Stoops said in a statement Monday, “this is clearly a hate crime and must be treated as such.”