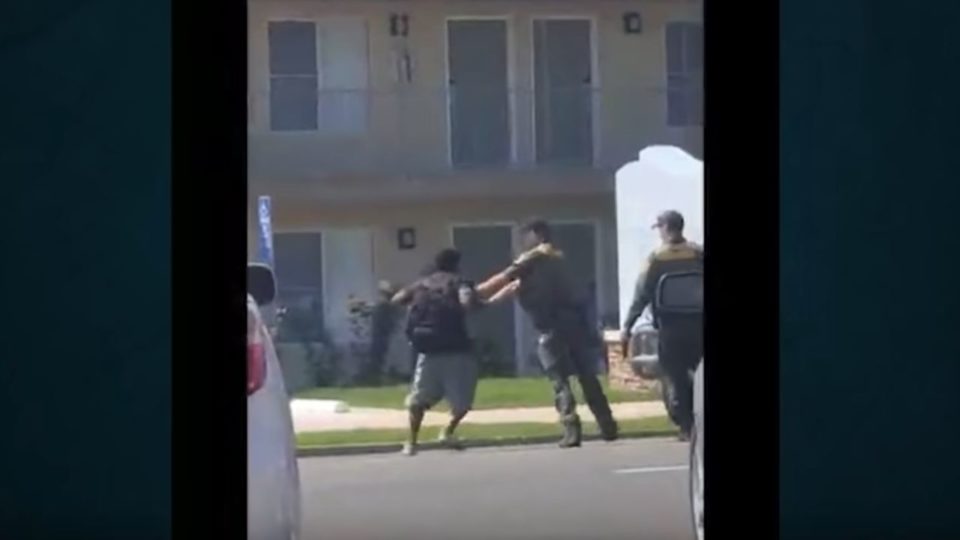 California officials released disturbing video of an encounter between two Orange County deputies and a homeless Black man who was accused of jaywalking before he was fatally shot after a struggle.

Last week, the Orange County Sheriff’s Department released a dashcam video of the tragic incident, along with cell phone footage from a bystander, and surveillance video from a nearby hotel in San Clemente. The fatal shooting of the victim identified as Kurt Andras Reinhold, which occurred in September, triggered protests against the use of excessive police force in addition to a lawsuit, according to The OC Register.

KCAL reported that the video shows the moments leading up to the deadly shooting. As the two deputies are speaking, one of them can be heard disagreeing over whether to stop Reinhold. He is heard on video saying, “Don’t make case law.”

“In order to foster greater public trust with the community we serve, the Orange County Sheriff’s Department will publish Critical Incident Videos about incidents where the actions of department members in the performance of their duties are likely to have a significant impact on the Department, community, citizens, or any other person, and/or incidents involving the use of deadly force or force resulting in serious physical injury.”

Last week, the family released a statement through their attorney that stated, “The new footage released by the OC Sheriff’s office today confirms what we knew all along – the involved deputies had no reason to stop Mr. Reinhold.

“The Officers can be heard disagreeing about whether he had jaywalked or not since he had crossed at the controlled intersection.

“Mr. Reinhold wasn’t in distress and didn’t pose any danger to himself or anyone else. If he wasn’t a Black man, this stop never would’ve happened, let alone the shooting that takes his life.”