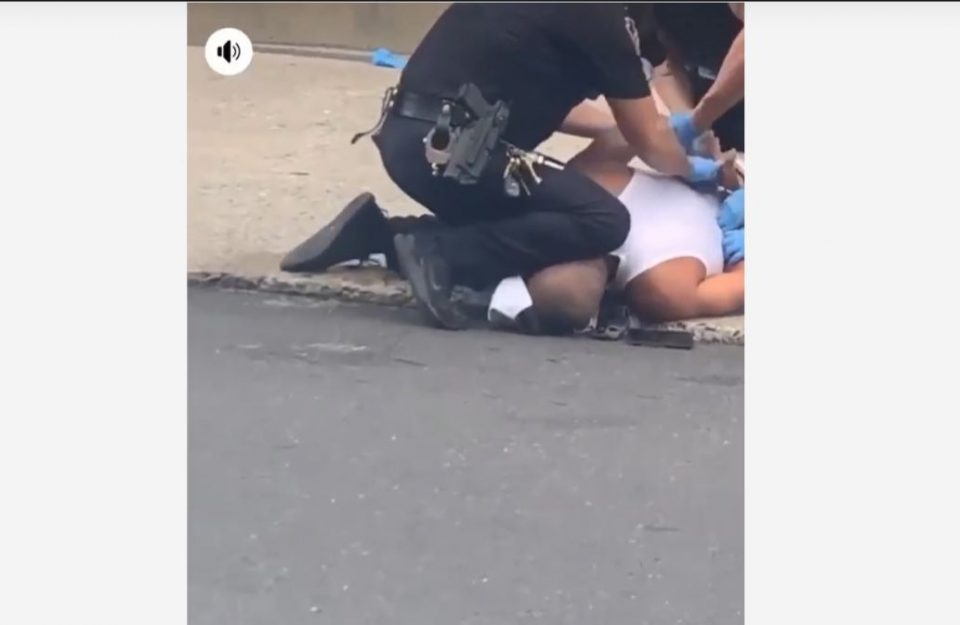 Another incidence of a police officer kneeling on a Black man’s neck has been reported.

A video shows an Allentown, Pennsylvania, police officer kneeling on a man’s neck, which is eerily similar to the way former Minneapolis cop Derek Chauvin knelt on George Floyd’s neck back in May, according to Lehigh Valley Live.

The video clip was recorded early Saturday evening at approximately 6:45 PM right outside of St. Luke’s Sacred Heart Hospital on the 400 block of West Chew Street. Black Lives Matter to Lehigh Valley posted the video to its Facebook page after the incident.

“Just last week, the Allentown Police Department praised themselves for releasing their use of force policy.

“No sooner than a week after the APD released this policy, a police officer was viewed applying the same use of force, knee to the neck, procedure that killed George Floyd.

“At approximately 6:45 this evening, there was a situation in front of St Lukes Hospital, Sacred Heart campus.

“What good is a use of force policy if Allentown lives will still be disregarded?!

“It is clear and evident that black and brown lives DO NOT matter to the city of Allentown!”

The video is jarring, especially in light of George Floyd’s murder and countless other acts of violence made by police against people of color across the nation.

I appreciate the Mayor and Chief’s support of an investigation and promise to keep the community informed. I am confident the city administration will take the appropriate actions concerning the officer’s duty status until the investigation is completed.

The Allentown Police Department has released a statement discussing the issue.