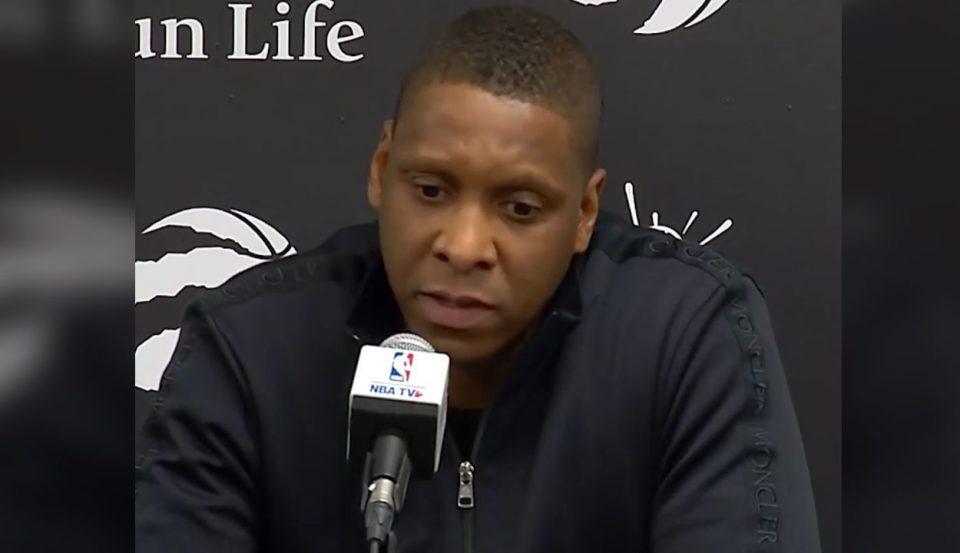 Last year, after the Toronto Raptors beat the Golden State Warriors 114-100 at the NBA Championship at Oracle Arena in Oakland, California, Masai Ujiri, the president of the Toronto Raptors, was involved in an incident with a police officer. Based on a lawsuit filed, the police officer claimed the NBA executive assaulted him on the basketball court that night.

The officer, Alameda County deputy Alan Strickland, had sued Ujiri for $75,000 in federal court back in February, claiming that the 50-year-old NBA executive assaulted him right after Toronto’s victory over Golden State on June 13, 2019.

According to ESPN, Ujiri filed a countersuit earlier this week against the police officer, not only denying the claims but revealing video that shows that the police officer, Strickland, was actually the aggressor in the incident. The suit was filed Tuesday in U.S. District Court in Oakland.

Masai Ujiri’s legal team has released body camera footage of his encounter with a security worker at Oracle Arena after the Raptors won the NBA championship. pic.twitter.com/56XWMpZy0P

Strickland had alleged in his lawsuit that Ujiri assaulted him in the moments after Toronto’s victory and that as a result of the incident, he “suffered injury to his body, health, strength, activity and person, all of which have caused and continue to cause Plaintiff great mental, emotional, psychological, physical, and nervous pain and suffering.”

The Alameda County District Attorney’s Office declined to press any charges after a month-long investigation that ended with a meeting between the office, Ujiri, and his lawyers in October.

The Raptors released a statement.

“We are mindful this remains before the courts, but we have always maintained that the claims made against Masai are baseless and entirely without merit,” the statement said. “We believe this video evidence shows exactly that—Masai was not an aggressor, but instead was the recipient of two very violent, unwarranted actions. The events of that evening cast a pall over what should have been a night of celebration, and the year since.”