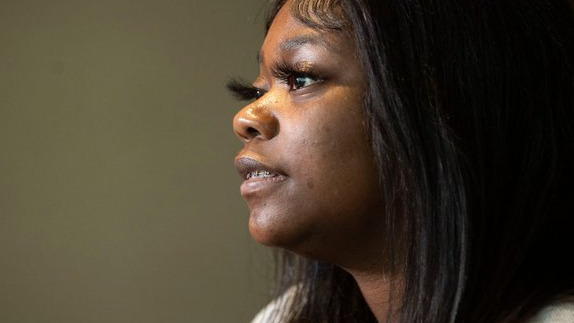 Last summer, a young Black woman attending college in Knoxville, Tennessee, was assaulted by a police officer who lied about the circumstances leading up to her arrest. After viewing the incident on the police officer’s body cam and the police vehicle’s dash camera, all charges have been dropped against the young lady.

According to Knox News, Trinity Clark, who had just completed her sophomore year at Tennessee State University, was approached in August 2021 at night by Knoxville police officer Joseph Roberts. An unexpected violent confrontation left Clark topless after scuffling with the rogue police officer. She was tackled, kneeled on, and handcuffed as she lay topless and terrified in a front yard on Linden Avenue.

After she was arrested, police and prosecutors hit her with six criminal charges, including a felony charge of evading arrest.

Roberts had repeatedly lied about the incident to other police officers and falsified what happened in written reports. Last December, Judge Tony Stansberry dismissed every charge, adding that the whole encounter was “disturbing.”

On that disturbing night, after finishing up his conversation with a woman he had pulled over, Roberts sees Clark drive by, and he jumps into his cruiser, following Clark at a high speed. After pulling over, Clark was already getting out of her car when Roberts came up behind her on Linden Avenue. As he approached her, he screamed at her. She felt safer standing in the yard as he proceeded to yell at her to come to him.

As he reached her, Roberts grabbed Clark’s arm and took her to the ground. Clark was wearing a sports bra and shorts, and her sports bra came off as the two wrestled.

Clark kicked and screamed as the fight ensued. Although the video says otherwise, he falsely claimed later that she punched him in the face. Another police officer showed up a minute later, and Clark was handcuffed, facedown, and topless as five other officers arrived at the scene. A police officer finally gets her a shirt to cover herself.

Three of Roberts’ supervisors, Lt. James Burrell, Sgt. James Cox, and Capt. Susan Coker saw the camera footage, yet none had an issue with the actions of Roberts toward Clark. The only problem they had was Roberts’ foul language to the women in the house who witnessed the incident and his cursing at Clark while attempting to handcuff her.

Judge Stansberry tossed the entire case out during the preliminary hearing.

“I just don’t see the probable cause,” he said, according to audio reviewed by Knox News. “To me, this is disturbing. I’m going to dismiss everything. Everything is dismissed.”