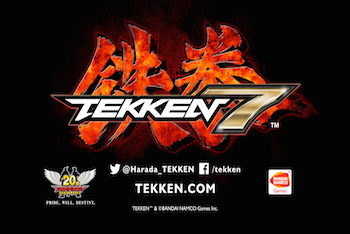 For hardcore gamers, this past weekend’s EVO 2014 was highly anticipated for its competitive nature and big money high stakes.

In a strange turn events, an unwarranted announcement presenting a new entry in the popular Tekken franchise was uncovered by Gematsu. The game, which was built using Unreal Engine 4, is developed by Bandai Namco, and will come to next-gen consoles. To make sure the excitement doesn’t reach a fevered pitch, director Katsuhiro Harada kept anticipation high by not announcing which platforms the game would be on or a specific release date.

Harada has been working on the game in secret, but spoke on his thoughts on how it might’ve leaked, saying, “The first thought that came into my head was ‘It must have been Ono,’ referring to rival and Street Fighter boss Yoshinori Ono.

With limited information available, the Tekken 7 leak is all we have to go along with this video, which you can see for yourself below: