Watch a Tesla Avoid a Real Accident Without Driver Intervention 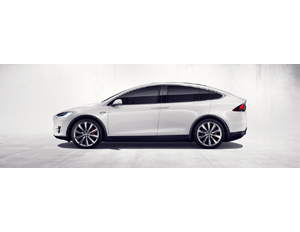 A Tesla Model X driver in the Netherlands captured a dash cam video of the vehicle’s technology successfully predicting an accident two cars ahead on the highway.

From Electrek.co., Hans Noordsij was driving his Tesla when the vehicle alerted him about a danger two cars ahead and applied the brakes before he could react.

Noordsij’s dash cam video shows a small red car in front of his Tesla, rear ending an SUV in front of it. The SUV flips over. In split seconds, the Tesla Model X comes to a full stop, at a safe distance from the accident.

This potentially life-saving technology is Tesla’s new radar processing capability that is part of Tesla’s latest 8.0 version of the Autopilot software for its vehicles. The update was recently pushed out to all Tesla owners with the first generation version of Autopilot, and it will soon be available to those with the second-generation software.

From Tesla’s website, the latest version of Autopilot can, “match speed to traffic conditions, keep within a lane, automatically change lanes without requiring driver input, transition from one freeway to another, exit the freeway when your destination is near, self-park when near a parking spot, and be summoned to and from your garage.â€

In the video, you can hear Autopilot’s Forward Collision Warning send out a series of beeps as an alert. It’s clear that the vehicle is aware of the danger up ahead before the human driver.

Autopilot’s radar processing allows a Tesla to bounce a radar signal under a vehicle in front and detect and potentially hazardous situations. Radar is used as a sensor, in addition to the vehicle’s primary camera, and image processing system.

Noordsij posted the video of his Tesla’s autonomous tech in action, writing that his Tesla was “Finally the right one.â€

By the way, Electrek.co reports that no one was seriously injured in the accident.

Original video, authorisation from the owner. Essential, no one could predict the accident but the radar did and acted by emergency braking. pic.twitter.com/70MySRiHGR