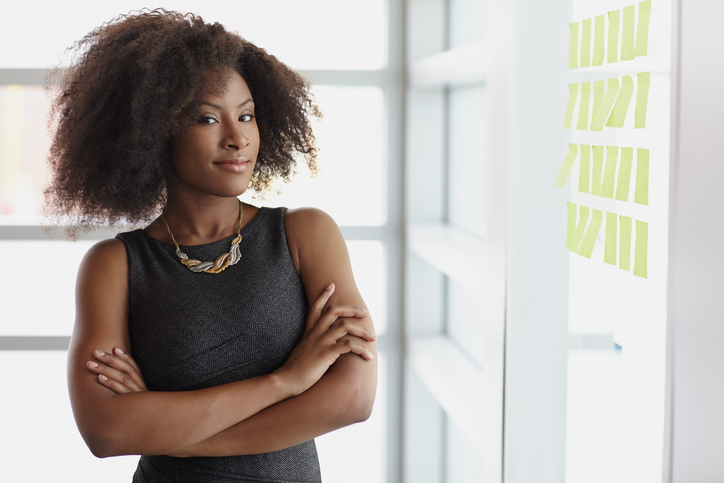 The way you view yourself doesn’t usually line up 100% with what others think of you. The difference is especially important at work, where a gap between what you’re aiming to project and your colleagues’ perception could be the explanation for why you’re not getting ahead. If you want to be seen as a leader, you need to be fully aware of what you’re putting out there and how it’s being received.

That’s the issue career coach Deborah Gray-Young tackled recently during one of the group coaching sessions, “How Do Others View You, Really?” at the 2018 Women of Power Summit. Gray-Young stressed that your professional image goes way beyond how you’re dressed.

The problem comes when we don’t realize what we’re communicating about ourselves through all of those things. “A lot of times we’re not showing up the way we want to because we don’t have a really good sense of how people see us,” Gray-Young says.

If you don’t know, one of the best ways to find out is to ask. “A blind 360 evaluation is a really good way to get feedback. It’s objective,” she says. “But it will show you some things about yourself that people won’t say to your face but they’ll probably say about you in the bathroom.”

Here are four more tips from Gray-Young for making sure you’re being viewed as the boss you are:

1. A leader should be true to herself

Gray-Young says the first step to being seen as a leader is to know who you are and what you stand for. “You have to figure out what does being your authentic self mean and what does that look like. That’s the starting point. What are the personal values that everything you think and do are based on?” She also notes that others can see right through it when you’re not being genuine: “You can fake it all you want but people can feel your energy.”

2. But shouldn’t be rigid

Just because we’re keeping it real, doesn’t mean we can’t change up how we say things. In fact, Gray-Young encourages making adjustments to your communication style when it’s called for, especially when having difficult conversations with a team member. “You might have to change how you serve it up,” she says. “What does it hurt that I step back and reframe what I’m talking about so she can hear me. It makes me better. It shows that I listen. So you have to have some flexibility.”

3. A leader should know who she is talking to

4. And must control how she responds

You will—without a doubt—have to deal with a heated conversation, a disrespectful tone, or worse, at some point. And while you can’t control what other people say to you (or how they say it), you are always responsible for how you react. “You have to resist the temptation to respond in kind,” Gray-Young says. “There’s a number of different ways to fight. What purpose is served by duking it out in the public square? It says more about you than the other person. How you respond, how you handled that, is going to be the defining moment.”

FacebookTwitterYoutube
← MailHaven Protects Your Packages From Getting Misplaced or Stolen ← Clean Up Your Finances This Spring!
×