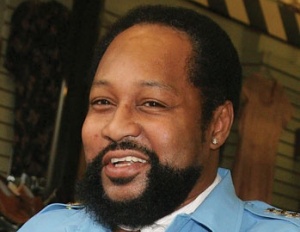 The Donald Sterling controversy has reached the stadium music level.

According to CBSSports, lead singer and founding member of the Village People, Victor Willis, has warned, via Twitter, that the L.A. Clippers are banned from using any song performed by the once popular disco group at The Staples Center during any Clippers game. This includes hits such as “Y.M.C.A.,” “In The Navy,” “Macho Man,” “Go West” or any “Village People” song.

Willis is apparently serious as he has threatened legal action if the team plays any of his songs, to which he owns the rights to.