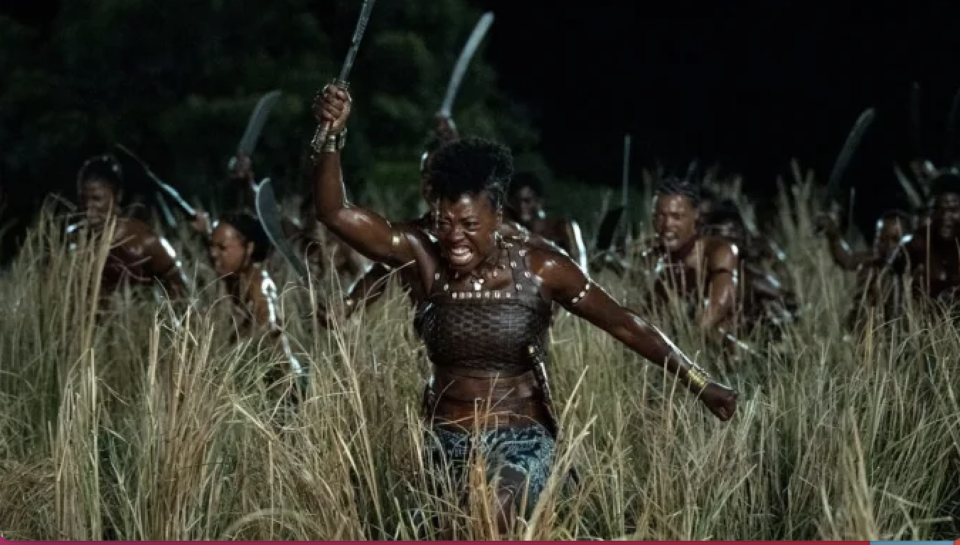 Many critics expressed their concern with how Viola Davis portrayed Michelle Obama in Showtime’s drama series The First Lady. Get ready, Davis’ new project will undoubtedly redeem her in the eyes of the public.

On Monday, director Gina Prince-Bythewood (The Secret Life of Bees, Love & Basketball) debuted the movie trailer for The Woman King at CinemaCon and electrified the viewing audience during the convention’s premiere, according to The Wrap.

Davis plays the role of Nanisca, the general that led an all-female military unit to fight against enemies of The Kingdom of Dahomey.

“She is everything we believe her to be, and she kicks ass in this film,” said Prince-Bythewood during the Sony presentation.

The historical film draws inspiration from actual events that occurred during The Kingdom of Dahomey, an empire that reigned in the 18th and 19th centuries in the present day of southern Benin.

“Viola Davis has been championing this movie as a producer since Day one,” said TriStar Pictures President Nicole Brown at CinemaCon, during The Woman King CinemaCon session.

CinemaCon presented Davis with the inaugural trailblazer of the year, which she called The Woman King, her “magnum opus.”

“You know the five words I don’t want to take to my grave would be, “I was not brave enough.’ That I didn’t risk discomfort, failure exposure,” said the actress, according to Deadline.

While giving her acceptance speech, she paid homage to the late Cecily Tyson.

“I just knew that when I was nine years old and I saw [her] for the first time and saw that vision jump out of the screen, the radical power that gave me to believe in something bigger than my world, it touched down and landed in me and it landed in a generation of artists. And I wanted to do that in my work as an actor I wanted to play characters that have never been seen before in a body that looked like mine… and be a producer who championed those stories with people, with a history that looked like me.

The movie will be exclusively in theaters on September 16, 2022.