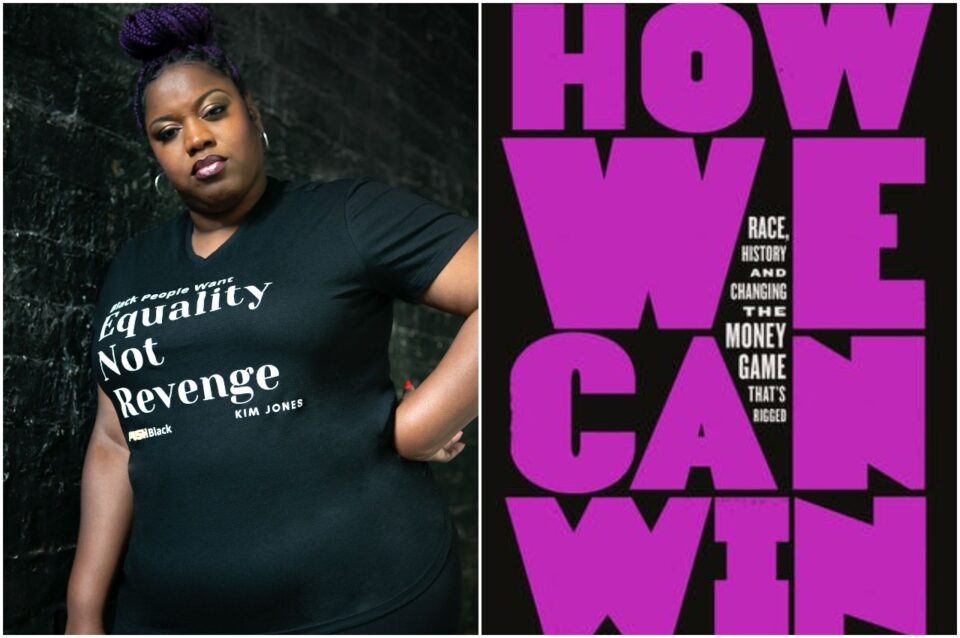 As a young girl, Kimberly Jones was taught the importance of embracing her authentic self and using her voice to effect change.

In a spontaneous and powerful videotaped statement about the economic and social injustices facing Black people, made on a street in Atlanta after a protest spurred by the murder of George Floyd, Jones became a viral sensation practically overnight.

Her six-minute encapsulation, which was a mix of historical facts and a breakdown of why massive wealth disparity exists in America, was viewed by millions of people around the world who were riveted by Jones’s damning and stunningly succinct economic analysis.

The viral video had such an impact that it became the catalyst for a conversation between Jones and Black members of parliament in the UK, lead to her being named GQ Germany’s 2020 Voice of the Year, and inspired celebrities such as LeBron James, Lizzo, Janelle Monáe, and Madonna to praise Jones’s message on social media.

Now, in an expansion of her original declaration, Jones delves into the economic impact of systemic racism and reveals how her formative years sparked a lifelong commitment to social justice in HOW WE CAN WIN: Race, History and Changing the Money Game That’s Rigged (Holt; January 18, 2022; 978-1-2508-0512-6).

In her new book, Jones calls for Reconstruction 2.0: a multilayered plan to reclaim economic and social restitutions — restitutions that were promised with emancipation but were blocked again and again and again for generations. In addition to her cogent argument regarding how hundreds of years of economic hardship have stymied Black Americans, which news anchor Joy Reid of MSNBC says is “the most coherent, clear and current case for younger people to understand reparations.” Jones also presents strategies for dismantling a system that remains inequitable.

Jones notes that while The Civil Rights Movement of the 1960s was about equality, the fight, in the moment, is about equity.

“Some 60 years ago, we were fighting simply to have the same rights and protections the Constitution guarantees every citizen,” she says.

“And after 350 years in America, it appeared as though we would finally have an even field to play on. But what immediately became obvious is the field can’t be made even if advantage is baked so deep into every system that for a person in Black skin, it simply is not possible to live, from the cradle to the grave, in the same ways and on the same terms a white person can live. That is not fair. It is not equitable.”

With a message that is both uncompromising and optimistic, HOW WE CAN WIN is a must-read for everyone who is ready to work to achieve a more just system.