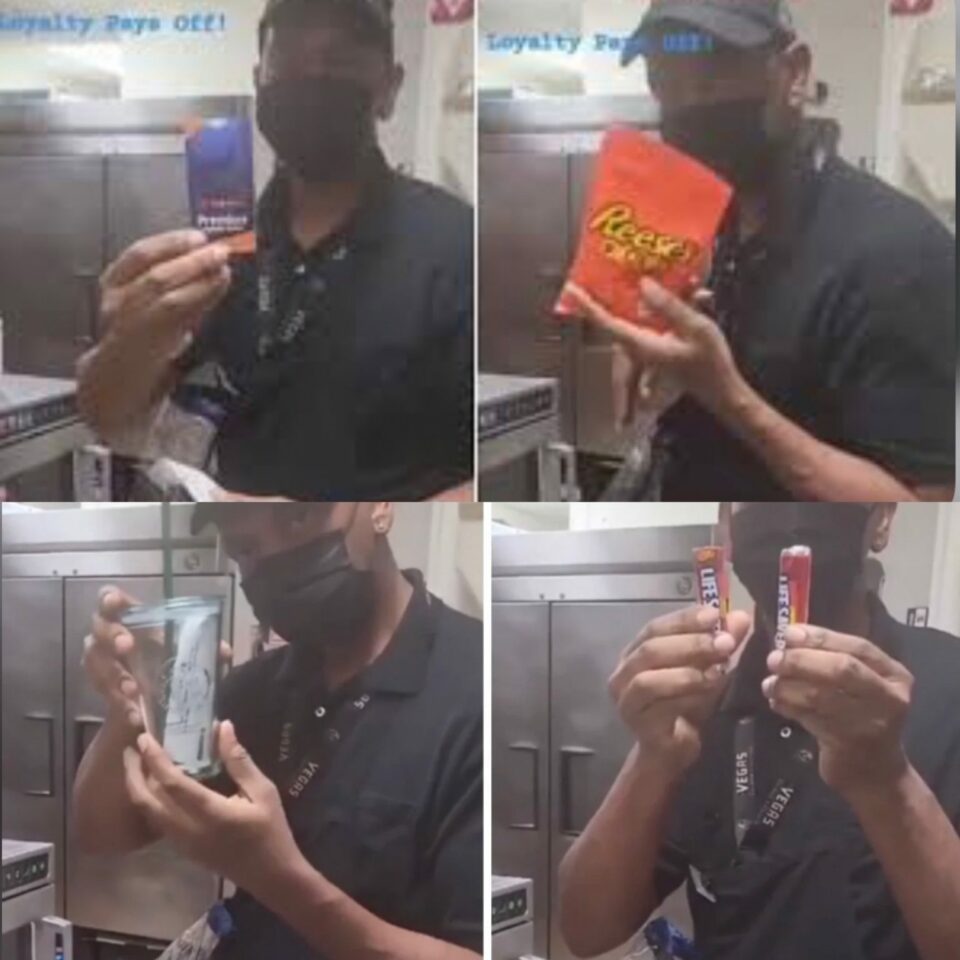 A video of a Burger King employee celebrating 27 years of loyalty has gone viral over the meager goodie bag he received from the company. But the community stepped in to show more appreciation than his employer.

Fifty-four-year-old cook and cashier Kevin Ford currently works at the Burger King in the Las Vegas airport, TMZ reported. He prides himself on never missing a day of work after 27 years on the job.

In the video, which has amassed millions of views, Ford described the contents of the bag, which he thought might’ve been discovered lying around the office.

From candy and chocolate cake to movie tickets and a Starbucks cup, Ford still expresses gratitude for receiving such a reward from a company that has employed him for so long. The last thing he’d want is to throw salt on the company.

Ford’s daughter, Seryna Ford, decided to step in by setting up a GoFundMe page for him to visit his grandkids in Texas. To date, the fundraiser has reached over $51,000.

“He originally began working at this job as a single father when he gain custody of me and my older sister 27 years ago. Then as our family grew and he remarried, he continue to work here because of the amazing health insurance,” Seryna wrote.

Her efforts went further when they both appeared on Instagram with Entrepreneur Sierra Nicole. They raised $2700 for Ford; $100 for each year he served on the BK staff.

A Burger King spokesperson released a statement in response to the widely-circulated video.

“The Burger King brand and its many franchisees nationwide are committed to recognizing and celebrating the achievements of the thousands of people serving across a wide range of roles — all dedicated to providing our Guests a world-class experience.
“Following review with this location’s franchisee, we’ve learned that this video depicts a Team Member in receipt of a peer-to-peer reward in recognition of a short-term positive performance/experience. The franchisee offers its Team Members a robust employee recognition program, which includes the recognition of tenure milestones and monetary awards.”