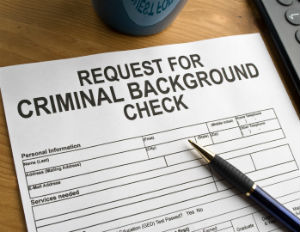 For many job seeking candidates with past arrests or convictions, their criminal history is the leading factor that prevents them from gaining employment. In an effort to help its qualified residents with a criminal record gain economic security, Virginia has agreed to ban the criminal history box on state employment applications.

On April 3, Governor Terry McAuliffe enforced a law that will only allow state agencies to ask about a candidate’s criminal background after they have been deemed eligible for the job and are being considered for employment. Thanks to Gov. MacAuliffe’s latest action, potential employees will now be judged based off merit rather than past mistakes.

[Related: 3 Ways to Overcome Past Mistakes to Land the Job Today]

According to the United States Department of Justice, more than 650,000 individuals are released from prison each year. Data from the U.S. Department of Justice’s Bureau of Justice Statistics shows that while 1 in 17 white men are expected to serve some level of prison time, the number jumps for black men to 1 in 3, proving that the employment option for African American men is slimmer than the general population. In an effort to reduce the recidivism rate, DOJ has identified three key ways to help these individuals successfully transition back into society, with job employment being one.

Frank Knaack, director of public policy and communications for the American Civil Liberties Union of Virginia, commended the governor for his decision and said its impact will positively affect minorities who face an unfair amount of run-ins with the criminal justice system.

Virginia is not the first state to enforce this ban, as 13 other states and Washington, D.C. have also implemented the restriction that falls in line with the Ban-the-Box campaign that was started in 2003 by the grassroots organization All of Us or None.

So far, the Virginia ban does not apply to private businesses.