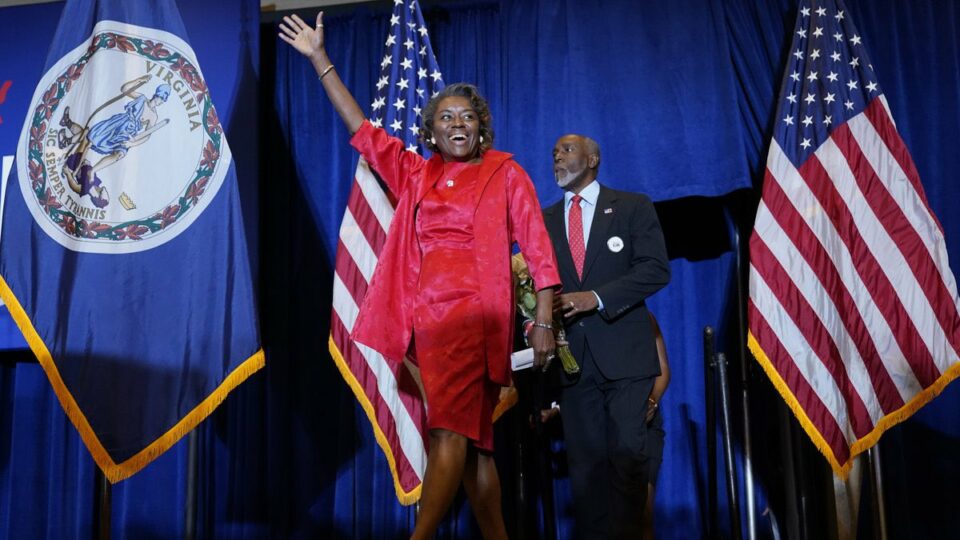 Sears, a former Marine Corps member and a Jamaican immigrant, spent her campaign speech telling her supporters just how much she loved America.

“I’m telling you that what you are looking at is the American dream,” Sears said during her victory speech early Wednesday morning. “When I joined the Marine Corps, I was still a Jamaican. But this country had done so much for me, I was willing, willing, to die for this country.”

A Twitter account representing Sears posted in response along with a photo of Sears holding an AR-15 rifle. The situation largely ran along political lines on Twitter as many conservatives laughed, mocked or flat out insulted Hill’s words and liberals more or less understood what Hill meant.

Hill and others have accused Youngkin and other republican politicians of “Dog Whistle Racism” after his campaign produced a commercial featuring Laura Murphy, a conservative activist who pushed Toni Morrison’s award winning book, Beloved.

During the run-up to the election, Youngkin focused on education, vowing to ban Critical Race Theory in schools. McAuliffe also called out Youngkin for trying to “double down on the same divisive culture wars that have fueled his campaign from the very beginning,” calling the strategy “a racist dog-whistle” that sought to “to gin up support from the most extreme elements of his party.”

In 2017, Hill was suspended by ESPN for comments she made on Twitter about  Dallas Cowboys Owner Jerry Jones. At the time, Jones said that any player who “disrespects the flag” will not play for the Cowboys, referencing the NFL player protests that take place during the national anthem.

Hill said that “Jerry Jones also has created a problem for his players, specifically the black ones. If they don’t kneel, some will see them as sellouts.”