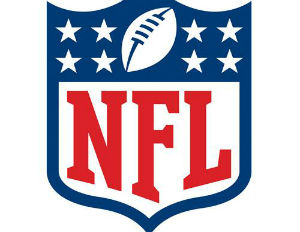 Earlier this summer, the Dallas Cowboys caused a stir within the NFL when it was announced that they had entered into a two-year deal with the virtual reality sports startup, StriVR Labs. According to reports, the deal is set to provide the Cowboys with the technology “to train all of its quarterbacks using a VR headsetâ€.

The technology, designed by former kicker and current Stanford graduate student Derek Belch, was developed as part of his master’s thesis in the school’s VR lab. According to tech blog Re/Code, the way it works is that after putting on the headset, it allows players to see a live-action 3-D video replay of a football play from the quarterback’s perspective, and can review that play from a first-person view over and over, looking in any direction. After sharing it with the Stanford football team to overwhelmingly positive results, Belch started a company around the technology, and currently holds contracts with the football teams of Stanford, Arkansas, Clemson, Vanderbilt, Auburn and Dartmouth.

An NFL QB coach that attended Belch’s presentation this spring in Indianapolis, during the NFL Combine week, said of the program that “I was expecting something kinda cheesy, like video-game quality, and right when I was about to write them off, they put the headset on you and shoot, it’s realâ€.

In a report from the StriVR Labs spring presentation, Bruce Feldman wrote, “Specifically, the future of football coaching was being projected through a $350 headset… The NFL coaches were watching Stanford’s practice film from 2014. There were no exotic plays. No unusual formations… The “wow” factor came from the perspective of it all. Whoever put on that headset with its earphones and goggles became the QB on that field in Palo Alto. “

The Cowboys, who have also incorporated the use of drones into their practices, are seemingly leading the charge in football’s approaching tech revolution; and other teams are taking notice. While they are currently the only NFL team using the StriVR technology, the Atlanta Falcons have also expressed interest in incorporating it into their organization.

Today, the Tampa Bay Buccaneers announced that they’ve invested in a different virtual technology to aid in the development of their quarterbacks as well. Called SIDEKIQ, the software simulates game conditions and allows the user to custom tailor a virtual game scenario from the same perspective they would see on the field during an actual game or practice session. It’s developed by another sports tech company called EON Sports VR.

“We are excited to be coming in on the front end of this new wave of technology that is designed to supplement the on-field and classroom work that our quarterbacks are already doing,” general manager Jason Licht said. “Obviously, there is no real substitute for being on the field when it comes to getting our players ready for game action. However, this virtual-reality technology allows us to enhance the learning experience for our quarterbacks without requiring them to put in additional time on the practice fields.”

Last year, the Dallas Cowboys finished atop their divison with a 12-4 record, while the Tampa Bay Buccaneers finished at the bottom of their division at 2-14.

[VIDEO] ‘The Black Panthers: Vanguard of the Revolution’ Opens in Theaters in September

FacebookTwitterYoutube
← Meet the Young Creative Who Left Corporate America to Jumpstart Her Floral Design Business ← [VIDEO] ‘The Black Panthers: Vanguard of the Revolution’ Opens in Theaters in September
×
'