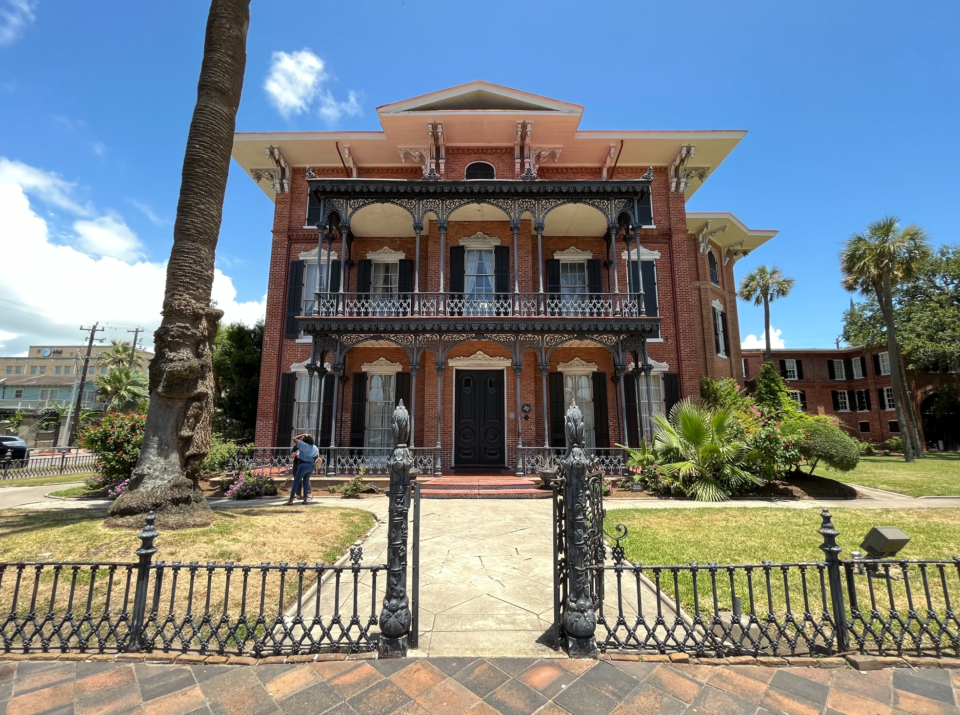 Juneteenth became a federal holiday in 2021 because of many instrumental leaders. Among those involved were: U.S. Rep. Sheila Jackson Lee, former State Rep.Albert Ely Edwards, and Opal Lee, also known as the “Grandmother of Juneteenth.”

For tourists, Galveston, Texas, might be a trip down the bayou to a beautiful remote island adorned with one of the largest collections of preserved Victorian architecture. For African Americans, the island serves as a historical marker. It is where their ancestors were decreed free from a long record of slavery. A mural hangs over the bustling city of tourists and Galveston natives—who refer to themselves as “BOI” or born on the island.

More than just art, a 5,000-square-foot mural portrays Blacks from slavery to freedom. Located on the Old Galveston Square building downtown, Reginald C. Adams, a Houston-based artist, painted the mural as part of the Juneteenth Legacy Project. Scan the mural or create a personalized tour through the Visit Galveston app or at galveston.visitwidget.com.

The NIA Cultural Center, located at 22nd and Strand, exhibits over 60 art installations that make up “The Juneteenth Freedom Exhibition.” Visitors can get a sense of the Black experience from present-day back to the 1500s. Memory Keeper Sharon Barron showed BLACK ENTERPRISE how intricacies in the artwork illustrate the complexities of the Black experience. For example, one piece appeared to be a plain image of Colin Kaepernick from far away. Barron said, “You see his afro, but there are items inside of his afro – the boxer, Rosa Parks, the police, the riots – but you have to look closer.”

Texas Agricultural and Mechanical University and Prairie View Agricultural and Mechanical University collaborated on a display about the symbolism of the bell. The piece is titled “History of the Function and Symbolism of the Bell in the Experiences of Enslaved and Emancipated Peoples.” It is one of many more to come from the collaboration. The exhibition features the work of Ted Ellis, the only African American artist appointed to the federal 400 Years of African American History Commission by the U.S. Department of the Interior. Learn more about the exhibition at juneteenthlegacyproject.com.

A statue stands tall on the grounds of Ashton Villa to honor Union Maj. Gen. Gordon Granger. Galveston recognizes it as its official Juneteenth marker. Granger read the Emancipation Proclamation on the grounds of the brick mansion on June 19, 1865. Granger also read General Order No. 3 as he marched with his troops throughout the island, spreading the good news. Although the villa is open for event space rentals, a guide told BLACK ENTERPRISE the old site is haunted by those who perished in the deadly Galveston hurricane of 1900.

One of the 48 known ports of entry, Galveston’s Middle Passage Marker, commemorates the site where enslaved people were brought into America. The marker at Texas Historic Seaport at Pier 22 memorializes enslaved Africans who survived the transatlantic voyage. Visitors can witness Galveston’s rich Juneteenth history at other sites like Reedy Chapel AME and Jack Johnson Park. Find more information at visitgalveston.com.