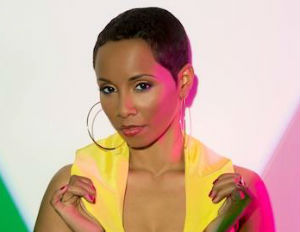 R&B singer, Vivian Green, spent the early 2000’s writing and performing ballads about love, such as “Emotional Rollercoaster,” “Gotta Go, Gotta Leave,” and “Cursed.” Although the lyrics of each song may seem sad, underneath the soulful tempo of her music, Green has places an empowering message to motivate women.

“I think it’s important to share my experiences and that’s what I’ve always done from the very beginning,â€ says Green. “The empowering messages [within the music], that part is constant.â€

As the songstress prepares to drop her fifth studio album entitled, “Vivid”, this August, she claims to have kept the inspiring lyrics and soulful feel that her fans love. She also says listeners can expect to hear a new sound, filled with an energy that she’s never had before.

“I definitely need a change. I feel that my music needed something different,â€ said Green. “It’s still definitely empowering lyrics, just not as much sadness. More empowerment, less sadness,â€ she adds laughingly.

The 36-year-old Philadelphia native partnered with producer Kwame Holland and his label, Make Noise/Caroline, in search of a new and different sound that wasn’t trendy or gimmicky. Green says because Holland is so different from producers she’s worked with in the past, working on “Vivid” together wasn’t always a smooth process, but the end result is “amazingâ€.

“I didn’t predict that Kwame would be the person to help me implement that change but he and I mixing together, that’s just what the outcome is going to be,â€ says Green. “After we did the first song or two, I was like ‘OK, I’m just going to stay here because I need this different sound’.â€

The singer/ songwriter and mother says she is simply in a different place in her life and describes this new project as “a breath of fresh airâ€. “Vivid” is scheduled to release on August 7th and as Green works towards her next big #BossMove, she wants to remind fans that the power behind her music is still present, but this time around she hopes to empower you to get up and dance.