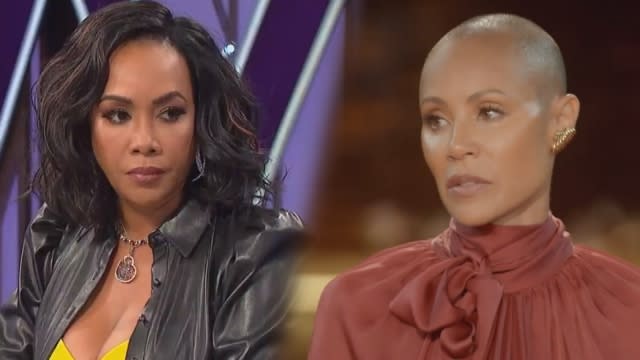 Actress Vivica A. Fox shares a long history with Will and Jada Pinkett Smith and knows them both personally. It’s why she expected more from the power couple after Smith slapped Chris Rock at the Oscars.

Fox recently guest-hosted The Wendy Williams Show along with Carson Kressley, where she shared her thoughts on Pinkett Smith’s recent Red Table Talk episode where she broke her silence on the slap. Having shared the screen with Will in 1996’s Independence Day and Jada in Set It Off, released the same year, Fox shared how “difficult” it was for her to tackle the topic due to her love and respect for the Smiths.

But Fox couldn’t deny the disappointment she feels in the lack of “accountability” the Smiths appear to have to Rock being assaulted on live television.

“When I saw this video last night, it made me cry. I’ll be very honest with you guys,” Fox said. “We were all rooting for Will Smith that night. We wanted him to win. Will Smith that night, as far as I was concerned, was going to be crowned this generation’s Sidney Poitier, which is a huge honor.”

Fox reminded everyone that Rock was attacked in front of a live audience for making a joke that she personally found funny.

“I felt like to be a good partner, there was no accountability,” Fox said. “Let’s not forget that Chris Rock was assaulted… for basically telling a joke that I really felt wasn’t that bad.”

Fox’s honest dialogue came a few days after Jada addressed the now-infamous slap on her Facebook Watch series and encouraged her husband and Rock to reconcile.

“Until then, Will and I are continuing to do what we have done for the last 28 years, and that’s keep figuring out this thing called life together,” she said.

But Fox feels like the Smiths have yet to show any remorse to Rock for the embarrassing attack. Will issued an apology to the Academy after accepting his award for Best Actor. However, he has yet to apologize to Chris Rock personally.

The comedian has made a few jokes about the incident while avoiding addressing the assault in its entirety. Rock has said he won’t talk about the slap until he gets “paid.”