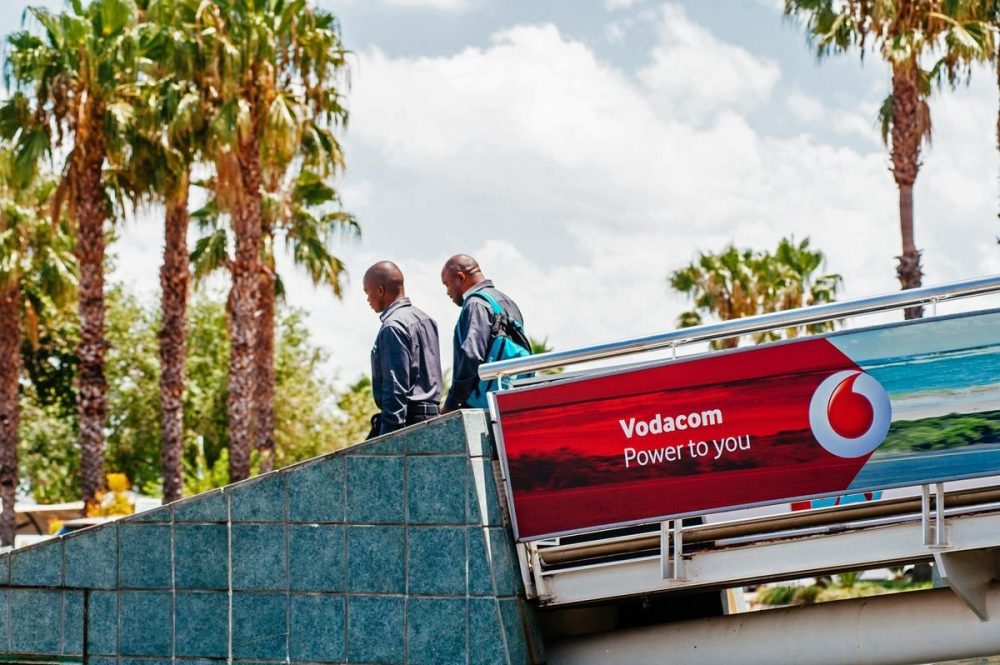 The company said on Monday that it had “entered into an agreement of up to R17.5 billion with its existing black economic empowerment (BEE) partners and a newly formed staff scheme” that will see the partners swap their current holdings in Vodacom South Africa for shares in its parent company, Vodacom Group.

“Vodacom Group has agreed terms with Royal Bafokeng Holdings (RBH), Thebe Investment Corporation (Thebe), YeboYethu (existing BEE partners) and a newly formed staff scheme, whose combined interests will be consolidated into a new YeboYethu BEE structure that will own shares in Vodacom Group,” the company said in a news release.

In the approximately $1.3 billion agreement, BEE partners will exchange their current holdings in Vodacom South Africa for a shareholding of between 5.8% and 6.25% in Vodacom Group, the company said.

WHAT EXACTLY IS BEE?:

After its transition from Apartheid in 1994, South Africa’s African National Congress government decided to address the inequalities of Apartheid by redistributing assets and opportunities to South African blacks, Coloreds and Indian citizens, not available to them under White rule.

From South Africa’s own Treasury:

“It is an integrated and coherent socio-economic process. It is located within the context of the country’s national transformation programme, namely the RDP (Reconstruction and Development Programme). It is aimed at redressing the imbalances of the past by seeking to substantially and equitably transfer and confer the ownership, management and control of South Africa’s financial and economic resources to the majority of the citizens. It seeks to ensure broader and meaningful participation in the economy by black people to achieve sustainable development and prosperity.”

In essence, BEE attempts to “create a degree of economic equality which would not itself be a natural market outcome” of the newly created political and socio-economic climate in the country. In plain English, the affirmative program is meant to level the playing field and spread the wealth to the historically oppressed people during Apartheid.

Vodacom Group Limited, solely known as Vodacom, is a South African telecommunications company which provides voice, messaging and data services to over 55 million customers operating in over 40 African countries. The company is wholly owned by Vodafone Group plc, a British multinational telecommunications conglomerate.

In 2007, South Africa instituted the Broad-Based Black Economic Empowerment. The goal is to spread the wealth across a broad spectrum of disadvantaged South Africans, which is in contrast to the original BEE which was narrow-based and focused only on equity ownership and management representation. The new law ensured that black employees and citizens were able to purchase shares in privately held and public corporations.

The three investment groups named in the $1.3 billion share swap: Royal Bafokeng Holdings (RBH), Thebe Investment Corporation (Thebe), YeboYethu (existing BEE partners) are all community, South African and black-controlled investment groups. Royal Bafokeng Holdings (RBH), for example is a community investment company, entrusted with the unique responsibility of preserving and growing the financial capital of the Royal Bafokeng Nation (RBN), an ethnic homeland of the Bafokeng people. Although Thebe Investment Corporation’s ownership structure has changed over the years, the ANC still has a controlling stake in the empowerment group (investment firm) through Batho Batho Trust, founded in 1992 as an ANC investment company, ensuring that black wealth is passed down to generations of black South Africans.

The third investment group, YeboYethu Limited, a publicly traded company, was formed in 2008 as an employee stock ownership plan to buy and hold Vodacom SA shares for the benefit of its shareholders. When Vodacom formed the company in 2008, it issued 14.4 million YeboYethu ordinary shares at R25 each ($1.88 in 2018 USD) and as a result a public offer, more than 102,000 qualifying black investors bought a stake in Vodacom SA.

WHAT BLACK INVESTORS GET:

When October comes around, Vodacom will unwind the empowerment transaction it initiated in 2008 and there will be R3 billion ($226 million) dividends for participants to share. At R67.28 per share, that represents a return of 2.7 times on their original investment, Vodacom said. Also, investors will now have shares in Vodacom International group rather than Vodacom SA.