Voting for the Rock Star 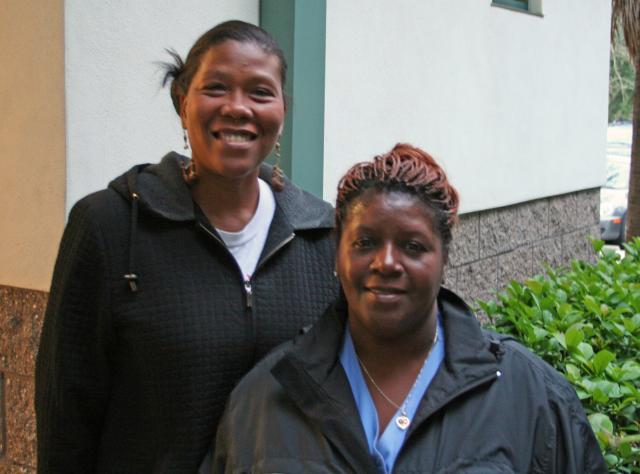 TAMPA, Florida — Sen. John McCain’s campaign spent much of the past two months derisively referring to Sen. Barack Obama as a rock star. And long before dawn this morning, voters camped out like concertgoers hungry for tickets. Deana Jolliff, a registered nurse and her best friend, Viola Gay, a custodian were the first to arrive at Tampa’s Jackson Heights/NFL Community Center, sitting in the darkness for nearly an hour.

The predominately black neighborhood is part of the key I-4 corridor stretching across Florida from St. Petersburg/Tampa to Orlando. NBC political analyst Chuck Todd picked Florida as one of four states, including North Carolina, Virginia, and Ohio, as early indicators of the outcome of the presidential race between Obama and McCain.

Jolliff who voted for Obama mentioned change as her primary motivation but also believes having a strong black leader will inspire a generation young black men to do something special with their lives.

Electrician, Kenneth Barker voting for the first time explained his rational for picking Obama over McCain stating, “Obama will do the world good, it’s time for a change,â€ adding “it can’t get any worse.â€

Prior to Election Day,Â 4.2 million people cast early ballots, up more than one Â million from the 2004 election. Democrats led with 1.9 million early ballots compared with 1.6 million by Republicans, but that figure doesn’t include absentee voters where Republicans typically dominate.

The only problems in Tampa’s inner city early Tuesday morning were traffic snarls caused by an overflow of enthusiastic voters. Precincts reported steady progress with waits of 30-50 minutes but no issues with registration or fraud.

Veteran poll watcher, Farrukh Quraishi recalled, “I did this in 2004 when Republicans challenged anyone they thought shouldn’t be voting including former felons who legally had their rights restored. We just want everyone’s vote to count.â€Â Â Â