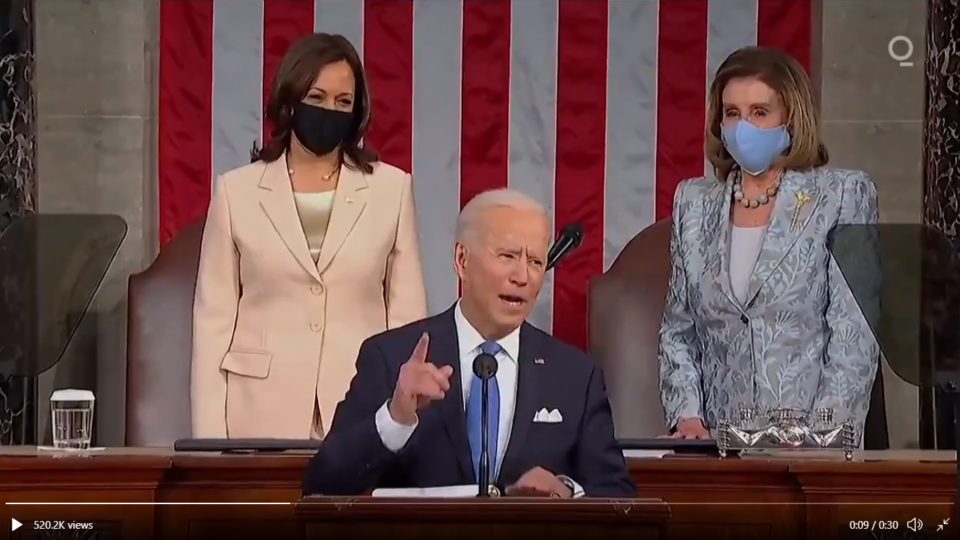 Vice President Kamala Harris and Speaker of the House Nancy Pelosi made history Wednesday as the first women to lead the House and Senate during President Biden’s address to Congress.

The two women were introduced before Biden’s address and bumped elbows when they reached the podium. Pelosi told Yahoo News that “it’s about time,” women lead both houses. President Biden wasted little time paying tribute to the historic moment in his opening remarks.

“Thank you all — Madame Speaker, Madame Vice President,” Biden said before laying out his goals. “From this podium, no president’s ever said those words — and it’s about time.”

When asked about the historic moment Harris described it as “normal” but that might be because the Biden-Harris administration is mostly female.