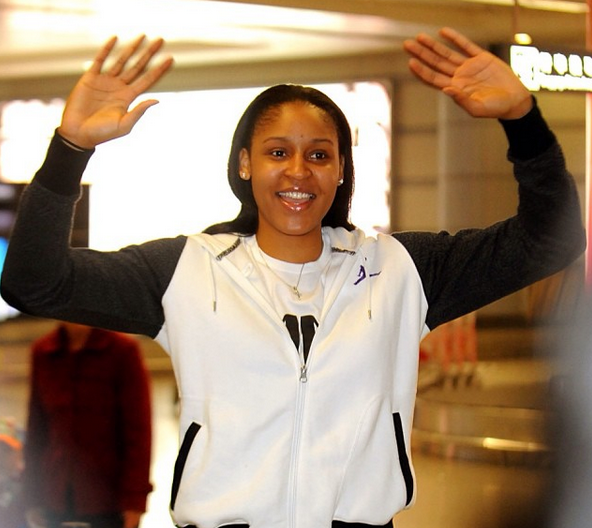 Maya Moore is a force to be reckoned with on the basketball court. The two-time Olympic gold medalist and NCAA champion has is one of the greatest athletes in the WNBA. Fans and colleagues were shocked in February 2019 when a still-in-her-prime Moore decided to sit out for the year instead of playing with the Minnesota Lynx.

The reason for her departure: Moore had found a new path. She wanted to turn social justice into action.

In a Jefferson City, MO courtroom on Monday, Jonathon Irons learned his conviction was overturned by a state judge with the WNBA star behind him. The inmate, with Moore’s helps, was appealing a 50-year sentence for a crime he claims he never committed. Judge Daniel Green issued a ruling that vacated the guilty verdict, ordered Irons to be released from a maximum security prison after 23 years.

The case was plagued with problems from the beginning. Irons, tried before an all-white jury, was charged with burglary and assault at a home in the St. Louis suburbs. An officer interrogated Irons alone and failed to record the conversation. Judge Green’s decision Monday hinged on fingerprint evidence that had not been divulged by prosecutors in Irons’s initial trial. The fingerprints, found inside a door that would have been used to exit the house, did not belong to Irons or to the victim. Kent Gipson, Irons’s lawyer, argued that the state had withheld the evidence that validated his innocence.

Moore, who originally paused her basketball career to assist Irons with his case, said she will extend her hiatus for another year, skipping another season with the Minnesota Lynx and a chance to play in the Summer Olympics in Tokyo. “It is so sweet to see the redemption that came from stepping away and giving what I had to this case,” Moore said to the New York Times. “It feels like we are holding up that Final Four trophy, but there are still a couple of steps.”

Irons and Moore, who have become close friends, met in 2007 through Moore’s family through volunteer work in prisons. When asked about the reversal of his verdict, Irons told The New York Times over the phone that Moore “saved my life. I would not have this chance if not for her and her wonderful family. She saved my life and I cannot say it better than that.”

The Missouri Attorney General’s office declined to comment on the case.