Wages for Young College Graduates Remains the Same as in 2000 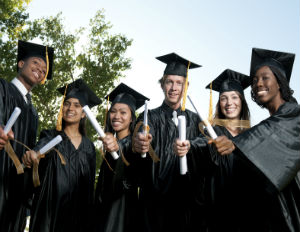 According to the Economic Policy Institute, young college graduates have seen very little growth in income over the last 16 years.

[Related: How Much Should You Spend on College and Student Loans?]

In addition to lower wages, a slight decrease has also been seen in pension coverage for young workers. In 1989, 30.6% of working college graduates had pension coverage, compared to 29.4% in 2015.

Much of this data related to stagnant wage growth and decreased pension coverage can be linked to the fact that many graduates are also working in jobs that do not require a college degree. In 2007, 41.8% of college graduates under the age of 27 were underemployed. In 2015, this number increased to 44.6%.

While opportunities in the job market may not be as promising as young college graduates hope, data from EPI shows that many millennials are not responding to the troubles of the economy by going back to school. Similar to the post-recession dip we saw in high school graduates enrolling in college, a dip has also been seen in undergraduate students enrolling in graduate school. 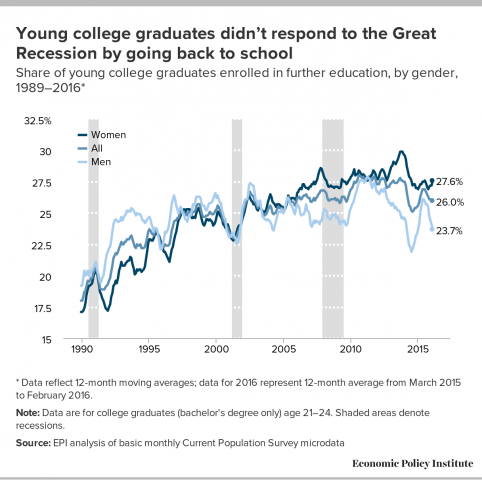 While graduating in a weak economy may seem temporary, its affects can be long term, with EPI pointing out that for the next 10-15 years the class of 2016 will likely earn less and have more spells of unemployment than if they had graduated when job opportunities were greater.