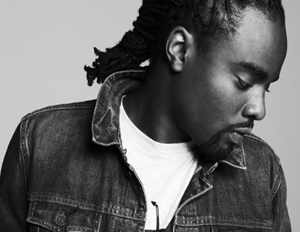 Hip-hop artist Wale has added yet another philanthropic element to his award-winning entertainment brand. The Nigerian-American rapper recently awarded a $25,000 scholarship to the 25th caller during his guest appearance on 103 JAMZ, a Norfolk, Va.-based radio show. The winner, Gloucester, Va., resident Lauren Pryor, is a sophomore at Hampton University, a top-rated, historically black college in Hampton, Va.

Pryor got the once-in-a-lifetime chance to travel to New York, where she was given VIP treatment before receiving her scholarship.

The sophomore psychology major was more than excited about the honor. “I was on my way to a friend’s home in Hampton when I heard the radio challenge that the 25th caller would win the prize,â€ Pryor told the Gloucester-Mathews Gazette Journal. “The station said to call between 4 and 5 p.m. I called four or five times. The line was always busy. On about the 14th call, I told myself to give it a rest. Then, I heard a man say, ‘hello.’ I didn’t believe it.”