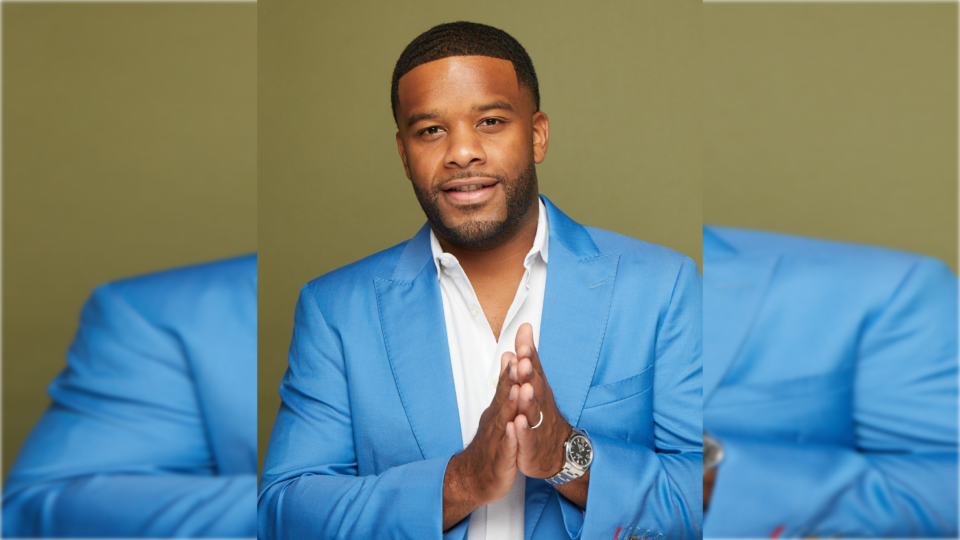 McDonald spent more than a decade working on Wall Street at Morgan Stanley and Barclays Investment Bank. Now he’s giving back to those who are looking to make the most of their money, especially in the Black community.

The Wharton School graduate hosts his own YouTube channel where he gives insight and drops gems on everything from starting a business to teaching your children the basics of money. Additionally, his Maconomics series offers financial tips, investment ideas, and financial literacy advice—something he knows the Black community lacks.

“When I left New York I came back to my hometown Chicago and while I was back at home, one of the things I realized that I was missing was…what is my purpose?” McDonald told BLACK ENTERPRISE.

“I mean sure I was making money, but I don’t think I was making an impact and that’s the biggest [thing] I wanted to do. The reason I even had that realization was [from] heading back home.”

Ross Mac is a Hip-Hop artist and along with his current work on Revolt TV, he’s one of four financial advisors on the Netflix documentary, Get Smart With Money.

In the documentary, which was released earlier this month, Mac coaches NFL cornerback Jalen “Teez” Tabor, who, despite earning $1.6 million in his first paycheck with the Detroit Lions, only had $280,000 left over after paying taxes, paying his agent, and splurging on a few houses and lavish vacations. According to Fortune, almost one-fifth (16%) of retired NFL players go bankrupt.

McDonald is well aware that Black Americans typically don’t like to discuss their money with other people, but he’s trying to change that.

“What we’re trying to do is reverse the negative stereotypes about money and really just flip it on its head to maker it easier to understand and easier to digest and that’s what the conversation is about,” McDonald said.

“My brand Maconomics is making these conversations easier as well as the Netflix series because people can relate to it, and I think relatability is real.”

“I think people think it’s a myth when it comes to investing, [that] you need to be rich or you need to have it all together and I think a lot of people suffer money problems but they do it in silence.”

It’s imperative for Black men and women to begin talking about money because they’re far behind when it comes to financial literacy regarding 401ks, investing, homeownership, and much more. According to the Netflix star, the digital age has provided Black people with the opportunity to not only learn these things but to take advantage of them to make life easier.

“The idea of Black people attaining wealth has truly been kept from us but now we’re in this new era, a digital age that allows us to have a show on Netflix and to put content on TikTok and Instagram and YouTube. So I find it very important for Black people to watch the film.”

Ross has also developed corporate partnerships with brands such as Bank of America, Target, State Farm, and SoFi, and has done corporate financial development for employees at Google, LinkedIn, and Salesforce.