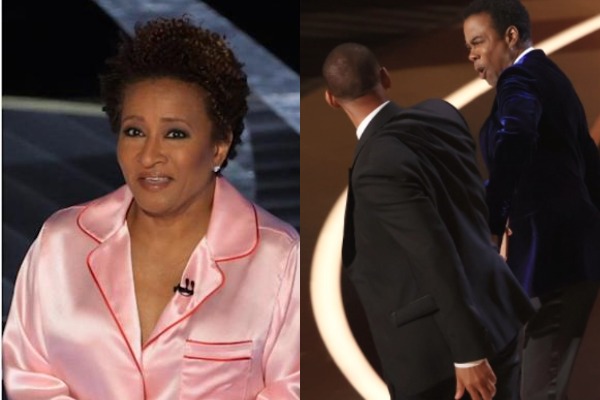 Wanda Sykes finally got the chance to host the Oscars but had her big night overshadowed by Will Smith slapping Chris Rock during the live televised event.

Sykes co-hosted the show along with Regina Hall and Amy Schumer, and as a fellow comedian, she was disturbed by Smith’s reaction to Rock’s joke about Jada Pinkett-Smith. The Ice Age star recently appeared on The Ellen Show Wednesday, where she spoke out against Smith’s violent outburst and defended Rock from the physical assault.

“I just felt so awful for my friend Chris,” Sykes said. “It was sickening. I physically felt ill and I’m still a little traumatized by it.”

.@iamWandaSykes was here today and shared some thoughts about #Oscar night. pic.twitter.com/i5tj8sYbIB

Sykes seemingly shared some of the same sentiments as celebrities like Jim Carrey, who feel like Smith should have been escorted out after attacking Rock.

“And for them to let him stay in that room and enjoy the rest of the show and accept his award—I was like, ‘How gross is this?’ This is just the wrong message,” Sykes said.

“You assault somebody, you get escorted out of the building, and that’s it. For them to let him continue, I thought it was gross.”

Carrey used the same word when sharing his reaction to Smith slapping Rock.

Smith took the stage just minutes after smacking Rock to accept his Oscar for Best Actor for the King Richard film. The Philadelphia native gave an emotional speech where he apologized to the Academy but not to Rock.

“Hollywood is just spineless en masse, and it really felt like this is a really clear indication that we aren’t the cool club anymore,” Carrey said of the audience’s seemingly unbothered reaction to Smith.

On Tuesday, Smith took to Instagram to issue an apology statement to Rock slamming his “unacceptable and inexcusable” actions.