Wanda Sykes to Host Comedy Specials on Oprah Winfreyâ€™s OWN 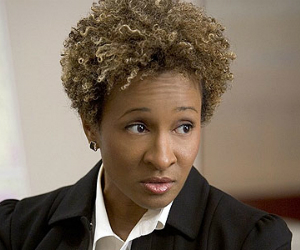 According to Deadline, Wanda Sykes is coming to The Oprah Winfrey Network. She will be doing a pair of one hour comedy specials next month.

The one-hour original comedy specials will be hosted and produced by Sykes and Page Hurwitz’s Push It Prods., in conjunction with Harpo Studios.

Previously, Sykes hosted and produced a late-night talk show The Wanda Sykes Show on Fox. She also had her own comedy seriesÂ Wanda At Large. Along with those, Sykes has done three stand up specials; Wanda Sykes: Tongue Untied for Comedy Central and two HBO specials Wanda Sykes; Sick And Tired and I’ma Be Me.