Want to Get Rich? Start an Uber or AirBnB-Like Company 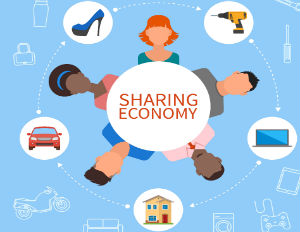 The sharing economy is about to get more bonkers. Sharing services and apps that use the labor or property of everyday people to fulfill some consumer need are expected to make enormous revenue by the end of the decade.

TaskRabbit, a service that matches people with specific skills with customers’ needs, is the only such sharing economy type of Silicon Valley company headed by a black woman, Stacy Brown-Philpot. She serves as TaskRabbit’s CEO.

As per the report’s findings, “the expansion of sharing services into emerging markets, coupled with growth in what are deemed more established regions, will drive a surge in returns for investors.â€

Indeed, Uber has been pushing its service hard in China, which is a vast potential market due to the country’s population of 1.3 billion.

Sharing-economy services have hugely disrupted traditional industries including the hotel and taxi and limo industries.

The Various Types of Sharing-Economy Companies

The report states that the next sharing-economy model to take off will be shared manufacturing. For example, if you have an idea for a product or an invention, you will be able to crowdsource the design; have it built on-site by the platform provider; and then displayed on the site to get feedback.

One such shared manufacturing service already in existence in FirstBuild. It uses 3-D printers to produce parts for new products and computer-aided machinery to turn concepts into an actual product.