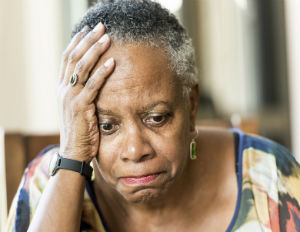 Here is some news that may put a little wrinkle in your day–according to the recent Global Benefits Attitudes Survey by Willis Towers Watson, a leading global advisory, broking, and solutions company, despite an improvement in their financial situation and retirement confidence, roughly one in four U.S. employees believe they won’t be able to retire until after age 70, if at all.

The survey of nearly 5,100 U.S. employees revealed that employees found 23% work past age 70 to live comfortably in retirement; another 5% don’t think they’ll ever be able to retire.

“Although their financial situation has improved over the past few years, many workers remain worried about their long-term financial stability,â€ said Steven Nyce, a senior economist at Willis Towers Watson. “In fact, the only way for many employees to achieve retirement security and overcome inadequate savings is to work longer. Interestingly, employees are increasingly looking to their employers for help with retirement.â€

“With the vast majority of workers counting on their employer’s retirement plan as the primary way they save for retirement, employers have plenty of motivation to act,â€ says Shane Bartling, senior retirement consultant at Willis Towers Watson. “Employers should take this opportunity to personalize their real-time decision-making support and recalibrate default enrollment to close the gaps in employee understanding about savings amount required and costs in retirement.â€

Other findings from the survey reveal that almost eight in 10 workers will rely on their employer retirement plan(s) as the primary vehicle they use to save for retirement, and 24% of employees under age 30 believe they’ll retire in their 70s or later.

What these findings suggest is the essential need to plan for retirement starting now, in order to avoid a lifetime of hard work later.