Following the #OscarsSoWhite controversy, Warner Bros. has created an Emerging Film Directors Workshop to boost opportunities for new and underrepresented filmmakers in the industry.

The nine-month intensive fellowship program will help aspiring directors develop their skills and showcase their work to the film community on a greater platform.

“It’s really for anybody who is looking at the system and saying, ‘The unfair part is that I can’t even get started,'” The Hollywood Reporter reports Greg Silverman, president, creative development and worldwide production, Warner Bros. Pictures saying.

Participants of the program will be partnered with Warner Bros. Pictures executive mentors and work with them through the entire film production process. Aspiring filmmakers will pitch, write or work with a screenwriter, and develop a script for a short film that is 3-10 minutes long. Once they have a final script, the filmmakers will work with production to prep, create a budget, cast, shoot and edit with a full post-production process, with the studio covering all costs and salary for the filmmakers.

With planning for the program beginning over a year ago, Silverman says the studio wanted to bring on more diverse voices to connect with their diverse audience.

“We wanted to have more diverse voices; it’s a better way to connect with our diverse audience and with the world,” he said, while adding that the program wants to address some of the structural inequality of the business. “There were logjams way down the line before we even saw people.We wanted to start at the first step and give people a leg up, to address the system holistically.”

While ethnic minorities make up nearly 40% of the U.S. population, just 18% of directors in Hollywood are racially diverse. When it comes to gender, that number is even more startling with only 6% of women directing films in 2013.

Hopefully the efforts of Warner Bros. and the criticism around the Oscars will help to change this dynamic in Hollywood.

Right now, the studio’s inaugural class will have five filmmakers with each film being given a budget of around $100,000. 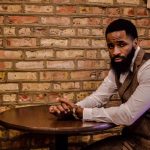 #WorldSleepDay: 3 Tips for Getting Better Sleep at Night