Warning: Fashion Nova May Cause Cancer 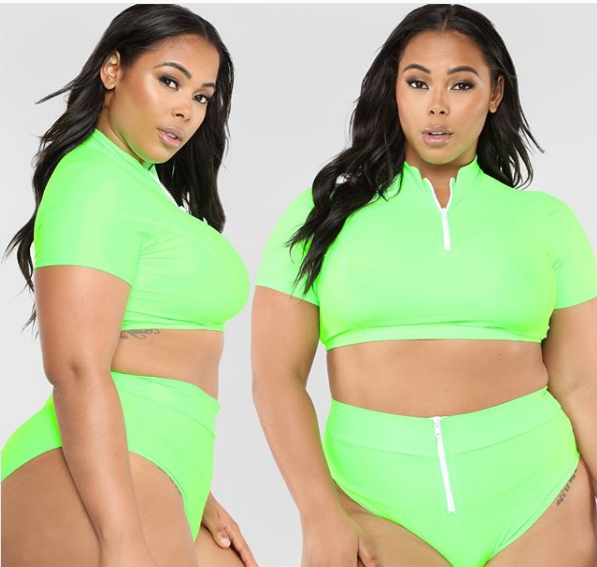 Alarm over Fashion Nova erupted on Twitter earlier this week when a social media user shared a photo of a bathing suit she ordered from the online fashion retail giant that included a warning label stating that the material in the swimwear includes harmful chemicals.

“Did y’all know this tag is in Fashion Nova swimsuits?” wrote @Aziaani in a post with a photo of her bikini in a tweet that went viral. “They’re not getting any more of my coins,” continued the concerned customer in a rant about the $34.99 bathing suit, reports The Grio.

The chemical warning label in the “Water Sports Bikini” states that “This product can expose you to Di(2-ethylhexyl) phthalate, lead and cadmium, which are known to the state of California to cause cancer, birth defects, and other reproductive harm.” Per the National Library of Medicine, these chemicals are “linked to deteriorating male reproductive health.” Nevertheless, the user was tagged in beach photos posted online the same day where she appeared to be wearing the controversial bikini after her alarming tweet caused panic.

“Hold on you telling me fashion nova causes cancer?” wrote a user in response. “Wild.”

“Beauty is pain and sometimes death,” wrote another user.

Others, however, pointed out that the same warning label is posted on a number of products sold in California, where Fashion Nova is headquartered, due to the state’s Proposition 65, which mandates companies to disclose if their products contain any potentially toxic chemicals. Last year, the 1986 law was amended to also require businesses to list the specific chemicals used that prompt the warning.

“This is a label on EVERYTHING in CALIFORNIA. Everything,” one person tweeted. Others noted that it appears on a wide range of products, including Christmas lights, furniture, coffee, and even airplanes in the Golden State.