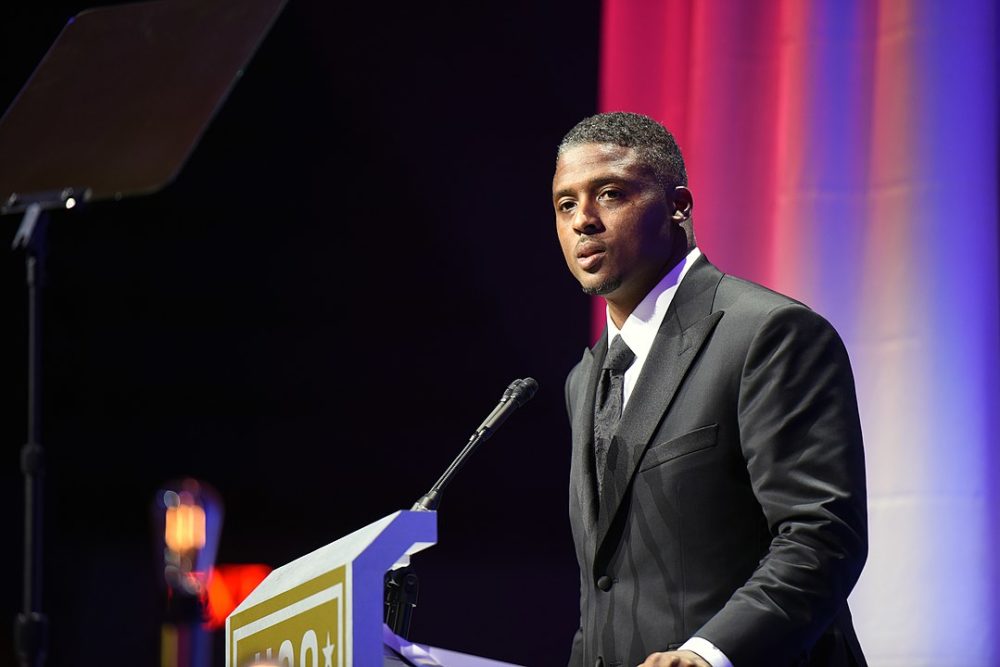 Giving back is always the right thing to do! In this case, according to Bleacher Report, former Tampa Bay Buccaneers running back Warrick Dunn has gifted a fully furnished house to a single mother who lives in St. Petersburg.

LaToya Reedy and her 18-year-old son, AnTrez Reedy, were the lucky recipients of Dunn’s generosity as they were the 173rd recipients of a home through Dunn’s organization Warrick Dunn Charities and their partnership with Habitat for Humanity. “Being a homeowner now, I can be at home,” she told Tampa Bay Times. “I can be at peace. I can bring sweet memories to my house and I can have my family and my friends over. I have a home now, and that’s something that I’ve always wanted for my son, and for myself.”

She volunteered with Habitat for Humanity helping to construct other homes by completing more than 350 sweat equity hours, more than the 300-hour minimum required as part of Habitat’s homeownership program before purchasing and moving into their Habitat home.

According to its website, “During our Founder’s inaugural season with the Tampa Bay Buccaneers, Warrick founded Homes for the Holidays (HFTH) to honor his late mother’s dream of homeownership. The program partners with local community organizations to reduce the burden on new, single-parent homeowners by fully furnishing their new house, providing downpayment assistance checks, and stocking the pantry with food. HFTH was created from the belief that a better future starts with hope. In the wake of his mother’s death back in 1993, Warrick had used his mother’s life insurance to purchase a home for their family – a lifelong dream of Betty’s. It was in that home that the Dunn family found hope.”

Warrick Dunn was drafted by the Tampa Bay Buccaneers 12th overall in the 1997 NFL Draft, after playing college football at Florida State. He was named AP NFL Offensive Rookie of the Year in 1997. Dunn played 12 years in the NFL as a running back for the Atlanta Falcons and the Tampa Bay Buccaneers from 1997-2008. He made three Pro Bowls and won the 2004 NFL Walter Payton Man of the Year Award for his community work. He retired from the NFL 17th all-time in all-purpose yards with 15,306 and 22nd in rushing yards with 10,967.

Dunn also has a minority stake in the Falcons’ ownership group led by Arthur Blan. He also wrote an autobiography in 2008, Running For My Life which details his mother’s murder and his battles with depression throughout his life.