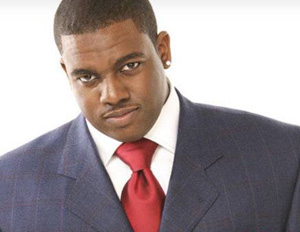 The It Factor: You may know his wife, one half of the hit-making gospel duo Mary Mary, Erica Campbell. But the sound you hear behind those powerhouse voices is that of Warryn Campbell, Grammy award-winning producer and CEO of record label, My Block Inc. Campbell’s resume includes a jam-packed roster of music heavyweights including Kanye West, Yolanda Adams, Alicia Keys, Luther Vandross, Tupac and Jennifer Hudson.

The Vision: Campbell got an early start in music, becoming a master drums, bass, guitar and piano player by age 15. “I knew basically from the time I was 4 or 5 years old,” Campbell says. “I’d already been playing drums in church as a toddler. My father bought me a professional drum set and had me play for our neighbor and he was blown away. ” Having honed his craft in church, Campbell was a member of gospel group, New Vision, and by 16, discovered his talent for music production after being mentored by award-winning California producer DJ Quik during his time at Death Row Records. Before starting My Block, he was also vice president of A&R for Elektra Records.

Campbell says once his father supported his talent, he knew music was what he was supposed to be doing . “I saw that my father was proud, and I started doing it every day, becoming more interested in music,” he adds. His father, a pastor, was also a musician, and his whole family was musically inclined. A young Campbell joined a group called Souls of Zion that would sing at churches and county fairs and would eventually open for artists including Yolanda Adams, Commission, and The Winans. “It was fun at the time, and I always knew I wanted to be a leader, a producer.

The Defining Moment: At 18, Campbell began doing session work as a musician at Def Row Records. Also during this time, he got his first opportunity to co-produce a song for a major artist. “I got co-production credit on that song, and that’s where it all started, where I learned the ins and out of the business,” Campbell recalls. “I got a royalty check from that song along with the initial pay as co-producer, and it was on from there!”

He began pursuing a publishing deal and got one from EMI, where he began to write songs and pitch songs for various artists.