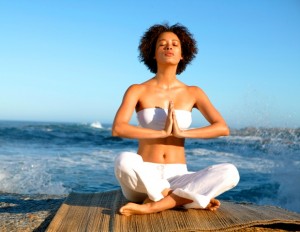 On Tuesday, June 24, the District of Columbia Council approved an interesting new tax that will affect gymnasiums and yoga classes in the area.

Dubbed the “yoga tax,” the Democratic-controlled D.C. Council has upset fitness buffs within the nation’s capital. Voting 12-1, the approval has been given to accept a $10.6 billion budget for 2015 that would now force a sales tax on gyms, spas, yoga studios, and other athletic businesses.

According to Council Chairman Phil Mendelson, the budget equally includes a substantial income tax cut that would be offset by expanding the existing 5.75% sales tax to such services as tanning salons, health clubs, car washes, and bowling alleys. Analysts are expecting the vote to raise $5 million a year.

Immediately after the consensus was made, the “yoga tax” was protested by gym owners and patrons. To show their disdain for the situation, protesters struck yoga warrior poses outside city hall and chanted, “Tax Slurpees, not burpees!” D.C.’s Mayor Vincent Gray, who openly opposes the tax, must sign the budget for it to take effect on October 1.

With the influx of healthy-minded citizens in the D.C.-Metro area, scientists have ranked the region first for fitness among the 50 biggest U.S. metropolitan areas.

What do you think of this proposed tax? Will it help or hinder businesses in the area?