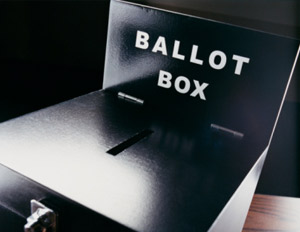 The House and Senate passed a three-week stopgap measure to fund the federal government and reduce spending by $6 million but not without defections from both sides of the aisle. One the most vociferous opponents of the legislation were members of the Congressional Black Caucus. The entire body voted against the three-week extension.

“I could not vote for another short term and short-sighted spending bill presented by the Republican leadership today. It is time that we all come to the table with an agreement to keep the government working and functioning. Funding the government in short cycles makes little sense and leaves the American people in limbo. The American people do not deserve this,â€ says CBC Chairman Emanuel Cleaver, a Missouri Democrat. “I remain committed to responsibly reducing the deficit, but not at the cost of critical programs that service and support our most vulnerable communities. We cannot rely on hard working American families to continue making the majority of the sacrifices. Weekly irresponsible cuts not only weakens our nation’s full recovery but it also weakens our ability to create jobs. The buck stops here. The time for an agreement is now.â€

Several conservative Republicans also voted against the measure, signaling that House Speaker John Boehner (R-Ohio) will face difficulty gaining support for a long-term continuing resolution that will include the inevitable compromises he will need to make with Senate Democrats. In fact, before Rep. Jim Jordan (R-Ohio), who chairs the Republican Study Committee, maintained that he would vote against the short-term resolution because it doesn’t cut funding for Planned Parenthood.“We need to stop sending taxpayer dollars to Planned Parenthood, and we need to defund ObamaCare,â€ he says. “And we need to start tackling next year’s budget, the debt-ceiling, and other challenges standing in the way of job creation.â€

On the Senate side, Florida Republican Marco Rubio also announced earlier this week that he would oppose the bill. He said Democrats have been unwilling to make any serious cuts and the White House has largely been unengaged in the budget process.

At a GOP jobs forum this week, Boehner acknowledged that negotiations will continue to be tough “because we only control the House. There a lot of other players we need to work with in order to come to any agreement to keep the government open.â€

The House of Representatives voted this week to eliminate funding for the Neighborhood Stabilization Program (NSP), one of the Obama administration’s key foreclosure prevention programs. It was one of two such programs the GOP seeks to defund through their YouCut initiative, which gives the public the opportunity to help reduce federal spending by voting to eliminate government programs. NSP was created through the American Recovery and Reinvestment Act, or stimulus package, to help sustain communities affected by multiple foreclosures. Last week, the House voted to eliminate the Federal Housing Administration Refinance Program designed to help homeowners who owe more than their homes are worth refinance mortgages at lower rates and the Emergency Mortgage Relief Program, which provides loans to unemployed homeowners facing foreclosure.

Speaking from the House floor on Wednesday before the vote, Rep. Keith Ellison (D-Minnesota) condemned the GOP’s efforts to end such programs and offered, along with other Democrats, amendments to counter some of the effects of the GOP measure. They did not have enough votes, however, to gain approval.

“It’s a very sad day in our Congress. We are in the middle of an enormous debate on the proper role of government. We believe that the proper role of government is to have fair rules, to have real enforcement of our financial regulations, to have real consumer protections and intervene when people’s neighborhoods are being destroyed by foreclosure,â€ Ellison says. “And the Republicans say, ‘You’re on your own, the market has all the answers. The market answers every question. ‘Well, it doesn’t answer every question, especially when the market doesn’t have any cops on the beat and when you let the people engage in all sorts of nefarious practices that caused the economic conditions we’re in today.â€

Rep. Elijah Cummings (D-Maryland) believes the move was another signal that the Republican-led House simply doesn’t understand the needs and desires of American voters.”Once again, the Republicans totally misread the message that the voters were sending us in November and are totally insensitive to the needs of their own constituents,â€ he asserts. “There are communities all around this country that have houses that have been abandoned because of foreclosures. NSP was created so that local entities can buy properties, maintain them and hopefully sell them back to folks. And the main objective is to keep neighborhoods strong.”

Cummings also questioned how his Republican colleagues could go to Sunday church services and brag to constituents about their vote to force roughly 30,000 homeowners to leave their properties while he struggles to explain to citizens in his district why the House took such action.

Rep. Tim Scott (R-South Carolina), one of the House’s two black Republicans, and Republican Study Committee Chairman Jim Jordan (R-Ohio) introduced this week the Welfare Reform Act of 2011, a measure that seeks to put welfare recipients to work and return federal spending to pre-recession levels when the unemployment rate falls to 5.5%.

“I am proud to be a principal co-sponsor of the Welfare Reform Act and will work with my colleagues to see this measure advance through the House,â€ says Scott. “We have seen welfare spending continue to rise dramatically, even as the number of Americans living at or below the poverty level increases. We should seek to break the cycle of poverty and offer a path to self-reliance, and with it, self-respect.â€

The bill would require food stamp recipients to work or prepare for a job. The measure would also call for an annual report of figures for total federal, state and local welfare spending over the next decade.

Rep. Robert Scott (D-Virginia) maintains that any effort to help recipients find work is laudable, but also said that it would cost money. “Many in the CBC like the idea that people would have a pathway to employment as part of welfare reform and we certainly support that over indefinite welfare payments,â€ he says. “Good, strong welfare reform doesn’t save money. If you try to save money you’re not going to do as good a job. The cheapest thing on the table is to just write the checks. When you start providing daycare and job training and job creation, there are expenses involved that often exceed what simply writing a check would cost.â€