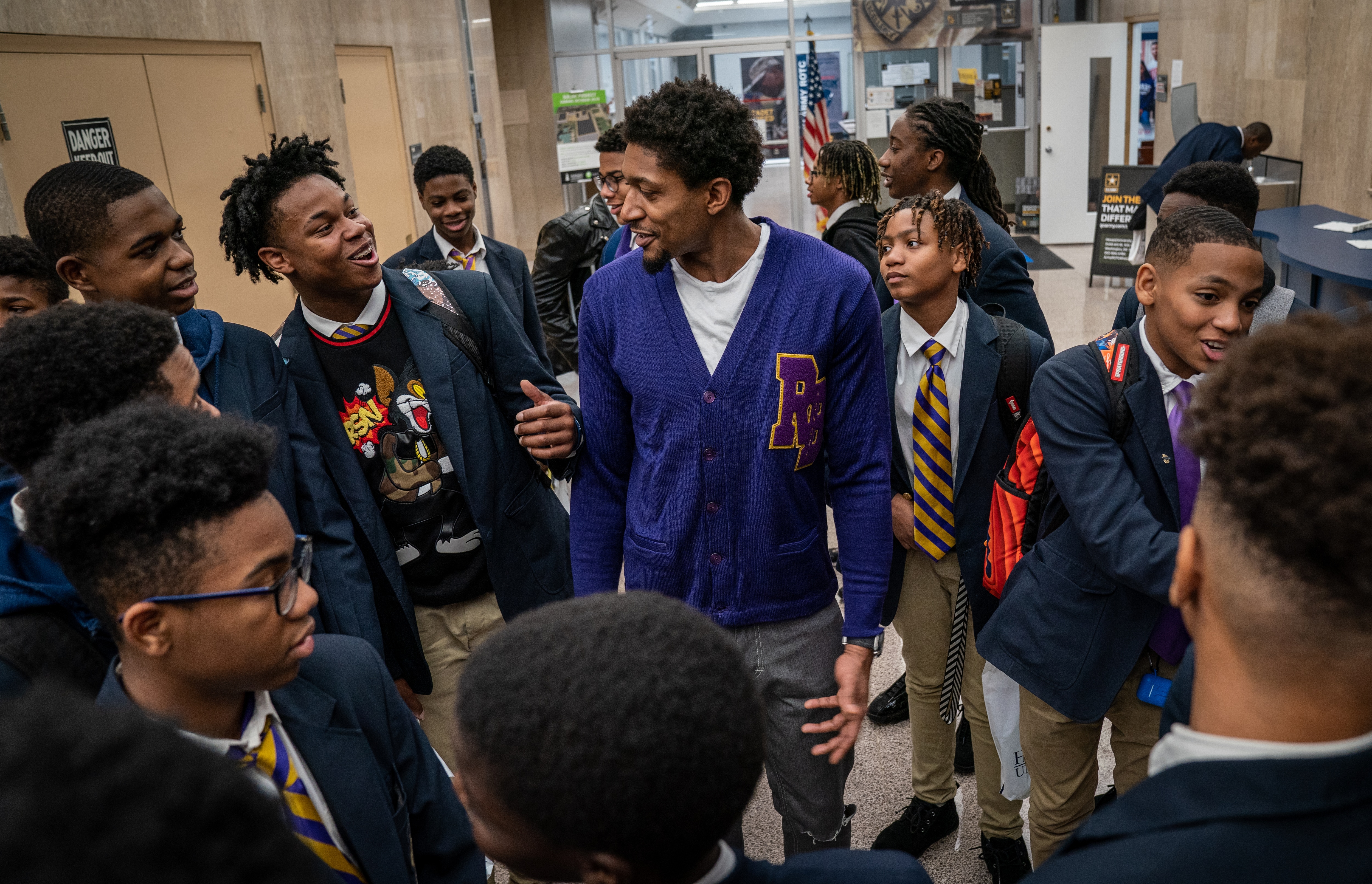 As part of his efforts to give back to the community, Washington Wizards’ Bradley Beal took some neighborhood children on a tour of popular HBCU Howard University, according to NBA.com.

The Washington Wizards shooting guard took students from Ron Brown College Preparatory High School (RBHS) to a visit on the campus of Howard University. Beal sponsored the bus and made arrangements for a tour for 50 students.

“Their lives are moving fast, and before you know it, college is here,” Beal told NBA.com. “We just want to get them ready and prepared for the next level.”

This was the fourth time Beal has sponsored a bus for a college tour, yet, the first one he was able to attend. Last November, he provided transportation for students on separate visits to Lincoln University, Morgan State University, and Salisbury University.

He had previously won the 2018-19 NBA Cares Community Assist Award and was awarded $25,000 for his generosity and contributions to the community. A small portion of the award went toward the sponsorship of the tour bus.

The Washington Wizards tweeted out the announcement, “Today, Bradley Beal continued his partnership with@RBHSMonarchs by attending his first and hosting his fourth college tour of the year. #WizCares |@RealDealBeal23“

The students were able to visit the office of the President of Howard University, Dr. Wayne A.I. Frederick. Frederick answered questions from the students for 30 minutes. Beal stated he also got the chance to have a conversation with Frederick.

“Dr. Frederick is unbelievable,” Beal said after the meeting. “Just to see what he’s accomplished and to see what his vision is. To see his passion for the young kids and the youth at his young age is motivational. It inspired me to have a relationship with him moving forward.”

“I always tell kids that I have four brothers,” Beal said. “The thing that I have against them is that I’m in the NBA, but they all have degrees and I don’t. That’s something that challenges me in a way. I want to get my degree and that’s something I take pride in, especially being a man of color.”