WATCH: White Woman Charged With Assaulting A Black Child At A Community Pool 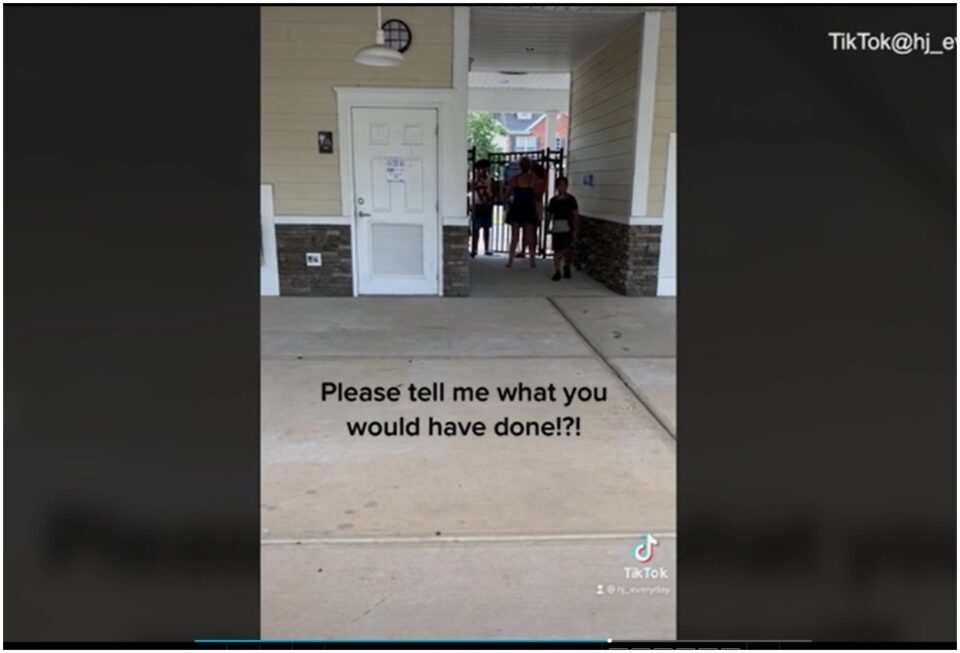 A white woman has been charged with assault after attempting to block a Black child from entering a community pool, the mother of the alleged victim claimed.

Heather J. Brown posted a video of the unidentified woman assaulting her son on her TikTok. In the clip captured by a bystander on July 6, the woman can be seen grabbing Brown’s son as he attempted to enter the gate of a community pool.

@hj_everydayHere is the original video!! It was deleted for violations of community guidelines!!! ##repost♬ original sound – Heather J Brown

“Actually, I will call the police and have you arrested for putting your hands on a minor,” she told the woman. “Get out of my face, lady!” She yelled. “I don’t even know you. And you’re going to jail.”

Brown said the woman let two white children into the pool and then told hers to wait outside.

The gate popped open and the woman questioned Brown, asking her “why is your phone not working?” Brown responds: “What? I didn’t understand you.” The woman then proceeded to assault Brown’s son.

Brown said the unnamed woman told police she attacked her and the officer started to believe the woman, according to Daily Mail. Brown, who goes by “hj_everyday” on TikTok, later posted an update stating the woman was charged with a misdemeanor for assaulting a child under 12.

Brown said the woman asked for a public defender in court on July 30. Their next court appearance is scheduled for Aug. 20.

It’s unclear where the incident took place or what happened after.

The video of the assault, originally posted on TikTok by Brown, was taken down for “violating community guidelines.” It’s gained nearly five million views on the platform since she’s reposted it.