Not Booked but Busy Getting a BBL: Watch Nene Leakes Undergo a Brazilian Butt Lift 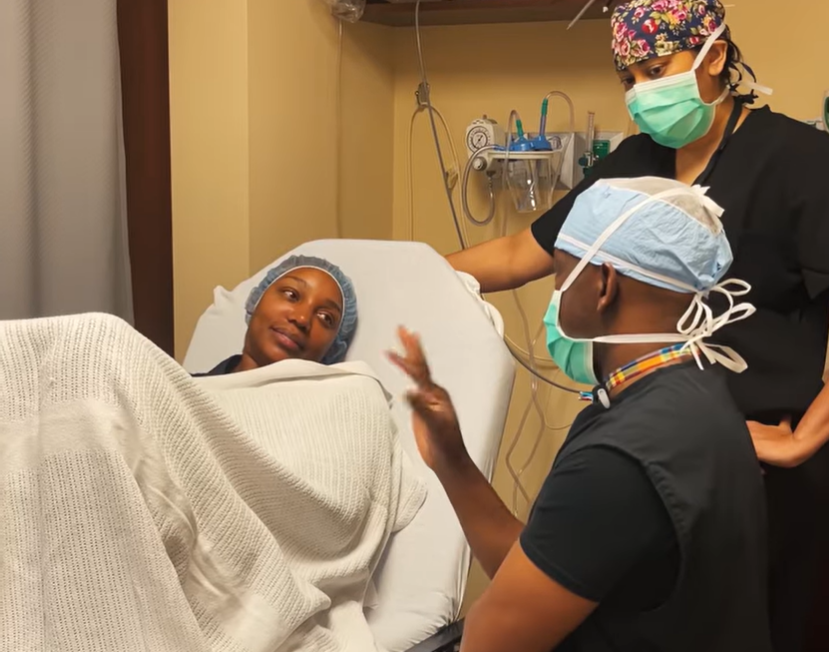 These days Nene Leakes is taking some “me-time” given her claims that she’s been blacklisted in the entertainment industry and can’t secure a job, a situation she’s blamed on her former Real Housewives of Atlanta boss Andy Cohen.

At issue, the two have butt heads over Leakes’ claims that she experienced racism on the set of the hit Bravo show, which Cohen vehemently denies.

On the flip side, now Leakes is putting heads together to discuss her butt.

Although the 54-year-old Atlanta-based restauranteur has been a little less booked and busy these days, she took to her Instagram to chronicle her journey of getting a Brazilian Butt Lift, commonly called a BBL.

Although Leakes has been candid about her previous plastic surgeries, including a nose job, BBLs are considered a little more concerning. The dangerous procedure transfers fat from one section of your body– most likely the abs–to a person’s buttocks to make them more rounded and bouncier.

Leakes announced that she signed up as an ambassador for Dr. Stanley A. Okoro‘s Georgia Plastic Surgery and Reconstructive Surgery center and implored her fans to join her on the “Perfectly Pretty You” journey, according to ET Online.

“I did it! I got a ‘ ‘ with Dr. Okoro! Follow my surgery journey with Dr. Okoro at Georgia Plastic. I’m almost ready to show off my new snatched look but I want you to be snatched too!⁣,” Leakes posted. “I’ve partnered with Georgia Plastic to give all of you guys $ just use my code ” ” and let them know I sent ya! ⁣.”

The RHOA star admitted when she first heard of BBL, she thought her doctor intended to give her a massive posterior. However, she and Dr. Okoro coined her new look as a “professional, mini BBL,” Ace ShowBiz reported.

Leakes said she liked her backside but wanted to improve some areas. “I’m only looking to fixing my problem areas. So, we called in a ‘professional, mini BBL.’ And, I love it,” Leakes explained.

Leakes also revealed she was interested in the Liposuction 360 and wanted to address her bra roll and stomach, according to Monsters and Critics.

In one clip she posted on Instagram, Leakes can be seen in the operating room undergoing the procedure. While she has not unveiled her new look, Leakes offered her fans an exclusive promotion for those interested in having work done by Okoro.

She posted a touching photo of the two of them, where she is embracing him from behind. Leakes captioned the photo:

“Missing the man that always had a plan! Today is a tuff one…every year on this date we would be out celebrating you! I can’t believe we are wishing you a heavenly Birthday today. I feel like you went somewhere and you’ll be back.”

“I miss you everyday Gregg!” she added. “HAPPY BIRTHDAY WE LOVE YOU SO MUCH.”