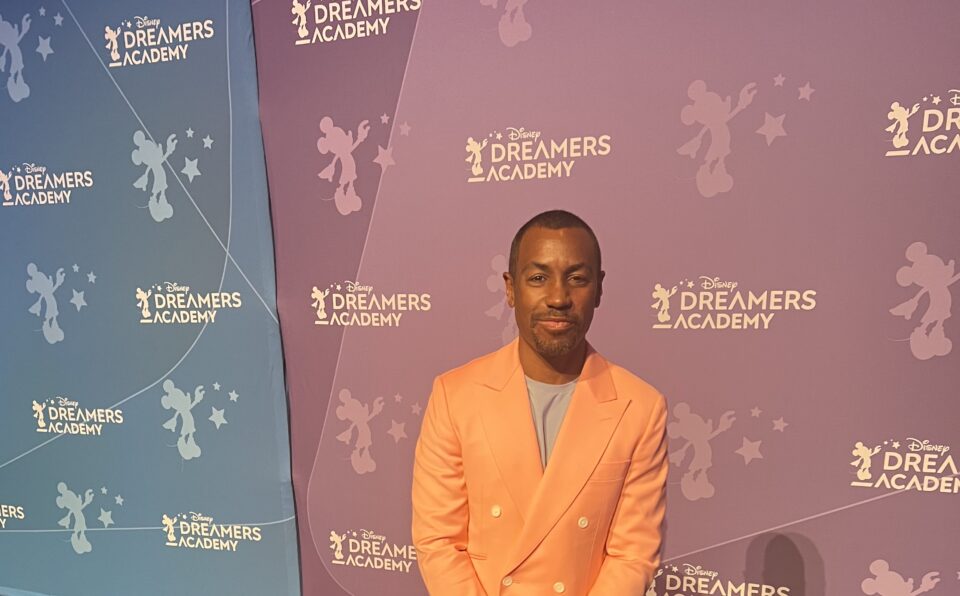 The showrunner of HBO’s Insecure, Peabody, and Golden Globe winner Prentice Penny attended the Disney Dreamers event over the weekend. BLACK ENTERPRISE was on hand to hear all the inspiring stories.

Penny encouraged the high school students interested in filmmaking to shoot a movie or a web series simply by using their phones and distributing their work online.

“I think streaming and those platforms really are the reason why shows like ours exist,” said the Peabody and Golden Globe winner.

As demonstrated by writer, producer, and director Issa Rae who started her web series on YouTube that eventually developed into the HBO series Insecure, Penny excitedly explained that dreamers have the absolute power to create and display their work to a broad audience.

“But when you get to be on a stream or upload your stuff to YouTube or whatever, it’s like you can curate your own thing, and there’s no middleman between you and your audience. So I tell people all the time when I was coming up you had like buy film, process film, so making a film was so cost prohibited, it was so challenging that now you can shoot a movie on your phone, edit it on your phone, distribute it on your phone there is really nothing in the way of you getting your art to the world at all,” communicated the Uncorked director.

Penny advised future filmmakers to develop their storytelling and filmmaking skills and constantly create projects for themselves to fine-tune their craft.

“At a certain point, you just have to be working on your craft, just get those hours in. I have a son that is 11 that is making stop motion movies, so by the time he’s 17, his movie-making ability is going to be so great. The same with you guys in this room; you are starting to make stuff at 13 and 14; just imagine how good you’ll be in four years if you continue to work on your craft. Don’t be precious about it, make your movie and if it sucks, delete who cares, just work at your craft,” Penny rapidly said as he illustrated his points.

Norman followed up by asking Penny to describe how he chooses which idea to initiate going forward.

“You’re saying work on your craft, just get out there, start doing it, how do you hone in on your voice, how do you pick which idea that you are going to run with,” inquired Norman to the panelists.

Penny jumped in and “I say don’t be afraid to fail. I feel [we get] paranoid, it has to be this, take what you are inspired by and just run with it, if it doesn’t work, that’s kind of the point… don’t be afraid to try something,” he added.

BLACK ENTERPRISE caught up with Penny to ask him about his new production deal with Disney’s Onyx Collective and the current state of Black cinema.

Watch ⁦@The_A_Prentice⁩ speak on the future of Black Cinema. pic.twitter.com/wqoGg2JwAR