How To Make A Strong Start In Tech 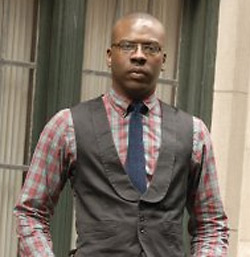 Amos Winbush, 27, is founder and CEO of CyberSynchs L.L.C., which provides phone data backup and recovery services. His business currently supports 98% of all mobile devices, and its users are expected to number 12 million-plus by the end of 2010. Last year, CyberSynchs posted revenues of $2 million, and Winbush projects that 2010 revenues will exceed $4 million due to lucrative partnerships with Sun Microsystems, Samsung, and Microsoft BizSpark.

Winbush was the 2010 winner of the Black Enterprise Innovator of the Year Award, one of the Black Enterprise Small Business Awards. I happened to be sitting next to him when he won and he was kind enough to step out of the luncheon to provide the BlackEnterprise.com audience with three tips on how to achieve success as a newcomer in the technology sector. Marcia Wade Talbert is a writer and content producer at BlackEnterprise.com.