WATCH: Singer Lizzo Gives a TED Talk on the History of Twerking 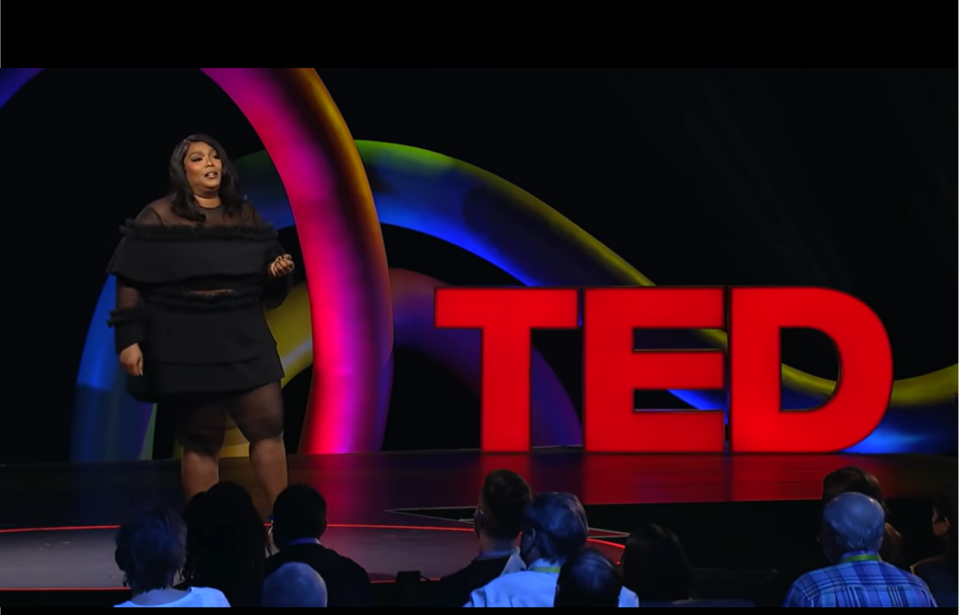 Leave it up to Lizzo to perform the first official TED Talk on the history of twerking. One look at her social media, and it’s clear that Lizzo loves shaking what her mama gave her. But it was a journey for the Grammy Award winner.

The singer/songwriter took to the stage in a new TED Talk released on Thursday and admitted to previously disliking her butt until she learned how to twerk.

“I used to hate my ass, believe it or not,” Lizzo said. “I have my father’s shape and my mother’s thighs, so it’s big, and long. I used to think that only asses like J.Lo’s or Beyoncé’s could be famous. I never thought that could happen to me.”

She spoke of the body dysmorphia she struggled with during her youth because of who mainstream media promoted as good-looking at the time,” as noted by People.

“I always felt like my body type wasn’t the right one, or the desirable one growing up,” she continues. “Because I grew up in an era where having a big ass wasn’t mainstream.”

But after achieving fame and success in music, Lizzo started to own what made her unique and no longer lived to follow society’s standard of beauty.

“My ass has been the topic of conversations, my ass has been in magazines, Rihanna gave my ass a standing ovation,” Lizzo said. “Yes, my booty! My least favorite part of my body.”

When reflecting on how she gained newfound confidence in herself, Lizzo credits it to twerking and embracing the skin she’s in.

“How did this happen? Twerking. Through the movement of twerking, I realized that my ass is my greatest asset,” Lizzo said. “Ladies and gentlemen, welcome to my TED Twerk.”

She offered a little education into the popular dance genre while recalling how she learned to twerk in Houston, Texas.

“Modern-day twerking derived from Black people and Black culture. It has a direct parallel to West African dances like Mapouka,” Lizzo explained. “Black people carried the origins of this dance through our DNA, through our blood, through our bones. We made twerking the global cultural phenomenon it became today.”

While giving a nod to Miley Cyrus for making twerking mainstream, she noted how twerking has been appropriated and misunderstood and “taken out of context.”

“Black women invented twerking and twerking is part of the revolution,” Lizzo said. “We been doing it, we going to keep doing it, because we have and always will be the blueprint.”